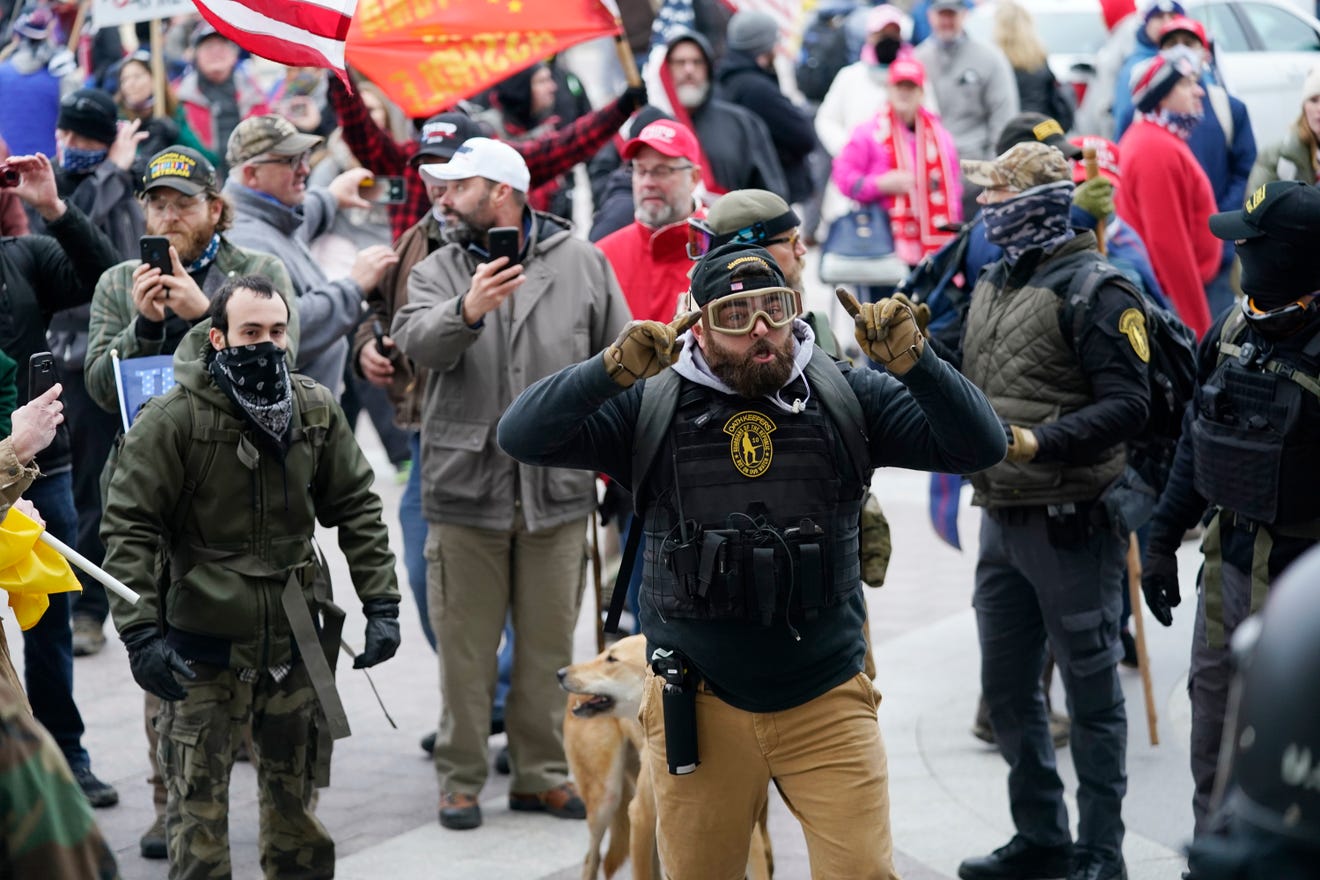 This story was originally published by The Victor Valley Daily Press

The owner of a Victorville gym, who defied public health orders last year by keeping his fitness center open amid the coronavirus pandemic, was arrested by FBI agents Wednesday for his alleged role in the riot at the U.S. Capitol earlier this month.

Jacob Lewis, 37, was released on $50,000 bond and ordered to appear virtually before a District of Columbia court on Feb. 10, the FBI Los Angeles field office said in a tweet.

Lewis is charged with knowingly entering or remaining in any restricted building or grounds without lawful authority and violent entry and disorderly conduct on Capitol grounds, according to a criminal complaint.

Jacob Lewis, 37, of #Victorville, was arrested today by FBI Agents for his role at the U.S. Capitol on 1/6. Lewis was released on 50K bond & ordered to appear virtually on 2/10 before a D.C. court. The criminal complaint charging Lewis can be found here: https://t.co/YK0gIrQLF1

Lewis received both praise and criticism in 2020 when he opened The Gym HD on May 1 despite health orders requiring that gyms remained closed to help stem the spread of COVID-19.

Two days after the Capitol riot, which directly led to the deaths of five people — including a U.S. Capitol Police officer — FBI agents from the Riverside office received a tip that Lewis had flown from Victorville to Washington, D.C. “to attack the Capitol along with many Trump supporters to stop the certification of the electoral college,” the complaint reads.

The tip further reported that Lewis had posted videos from the Capitol on his personal Instagram account and “was the owner of The Gym.”

On Jan. 11, the complaint — written by an anonymous FBI agent — said that Riverside agents also received a tip from someone who said they were a friend of Lewis.

The friend said Lewis had told them to “watch what happens to the Capitol on the 6th” and had shown them pictures of firearms and asked if they could get him ammunition.

But the friend also reportedly said they had not seen Lewis with any guns and did not hear him make any threats of violence regarding Jan. 6.

Lewis agreed to be interviewed by FBI agents at his Victorville home and said he had traveled to Washington D.C. to attend then-President Donald Trump’s rally, an event which preceded the violent riot.

He said he had been dressed in a black jacket, red beanie hat, and blue jeans.

According to the complaint, Lewis admitted that he entered the Capitol building “with a number of people after it had been breached by others.”

The unnamed FBI agent said he then reviewed several videos, including Lewis’ personal ones.

In one Capitol Police video, the agent said he believed it was Lewis seen “breaching the Senate Wing Door” in the Capitol at close to 3 p.m. The agent said they later saw Lewis walking throughout the building.

“At no point does it appear that he has a police escort,” the agent wrote.

Lewis is one of more than 140 people who have so far been charged for crimes at the Capitol building on Jan. 6, according to the U.S. Department of Justice.