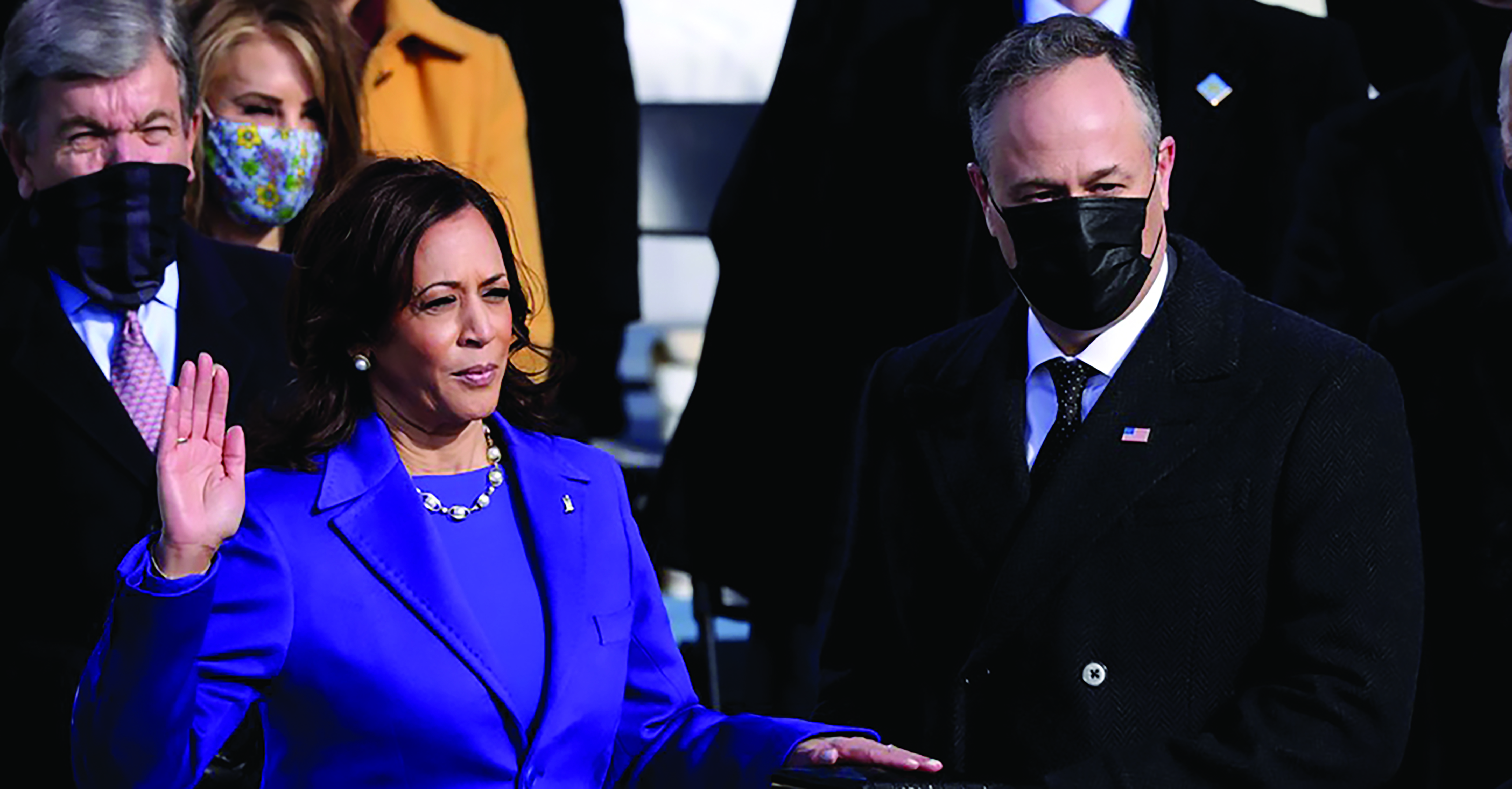 Absent the routine large crowds, and with snow flurries helping to push the tens of thousands of American flags that blanketed the National Mall in Washington, President Joe Biden and Vice President Kamala Harris took the oath of office before an enthusiastic gathering that featured more law enforcement than spectators.

After Chief Justice John Roberts swore him in, President Biden spoke about the importance of a unified America after four years of an administration that orchestrated perhaps the most profound divide in modern history.

“My whole soul is in this,” Biden pledged. “To overcome these challenges, to restore the soul and secure the future of America requires so much more than words and requires the most elusive of all things in a democracy, unity.

“Uniting to fight the foes we face. Anger, resentment and hatred, extremism, lawlessness, violence, disease, joblessness, and hopelessness. With unity, we can do great things, important things.”

As former presidents Barack Obama, George W. Bush, and Bill Clinton – along with their wives – looked on, President Biden proclaimed that “this is democracy’s day.”

“A day of history and hope, of renewal and resolve,” Biden remarked. “Through a crucible for the ages, America has been tested anew. And America has risen to the challenge.

Before the President’s swearing-in, Vice President Kamala Harris made history when she took the oath of office.

The blustery D.C. day began under the ominous cloud that was stirred up by the Jan. 6 insurrection egged on by former President Donald Trump.

More than 25,000 members of the National Guard descended upon the area, along with countless officers from various law enforcement agencies.

Before the festivities, Trump unceremoniously left the White House via Marine One.

He landed at Joint Base Andrews, where he would fly to Florida.

“We will be back in some form,” Trump, still refusing to accept the reality of his defeat, promised a small gathering of family and supporters at the airport.

He left behind a splintered nation and a country suffering its worse pandemic in more than a century with over 400,000 deaths.

Upon arrival at the White House, President Biden went out of his way to greet D.C. Mayor Muriel Bowser and immediately went to work attempting to beat back the pandemic.

“We’ll press forward with speed and urgency, for we have much to do in this winter of peril and significant possibilities,” Biden said.

“Much to repair, much to restore, much to heal, much to build, and much to gain. Few people in our nation’s history have been more challenged or found a time more challenging or difficult than the time we’re in now.

“A once-in-a-century virus that silently stalks the country. It’s taken as many lives in one year as America lost in all of World War II. Millions of jobs have been lost, hundreds of thousands of businesses closed, a cry for racial justice some 400 years in the making moves us. The dream of justice for all will be deferred no longer.”