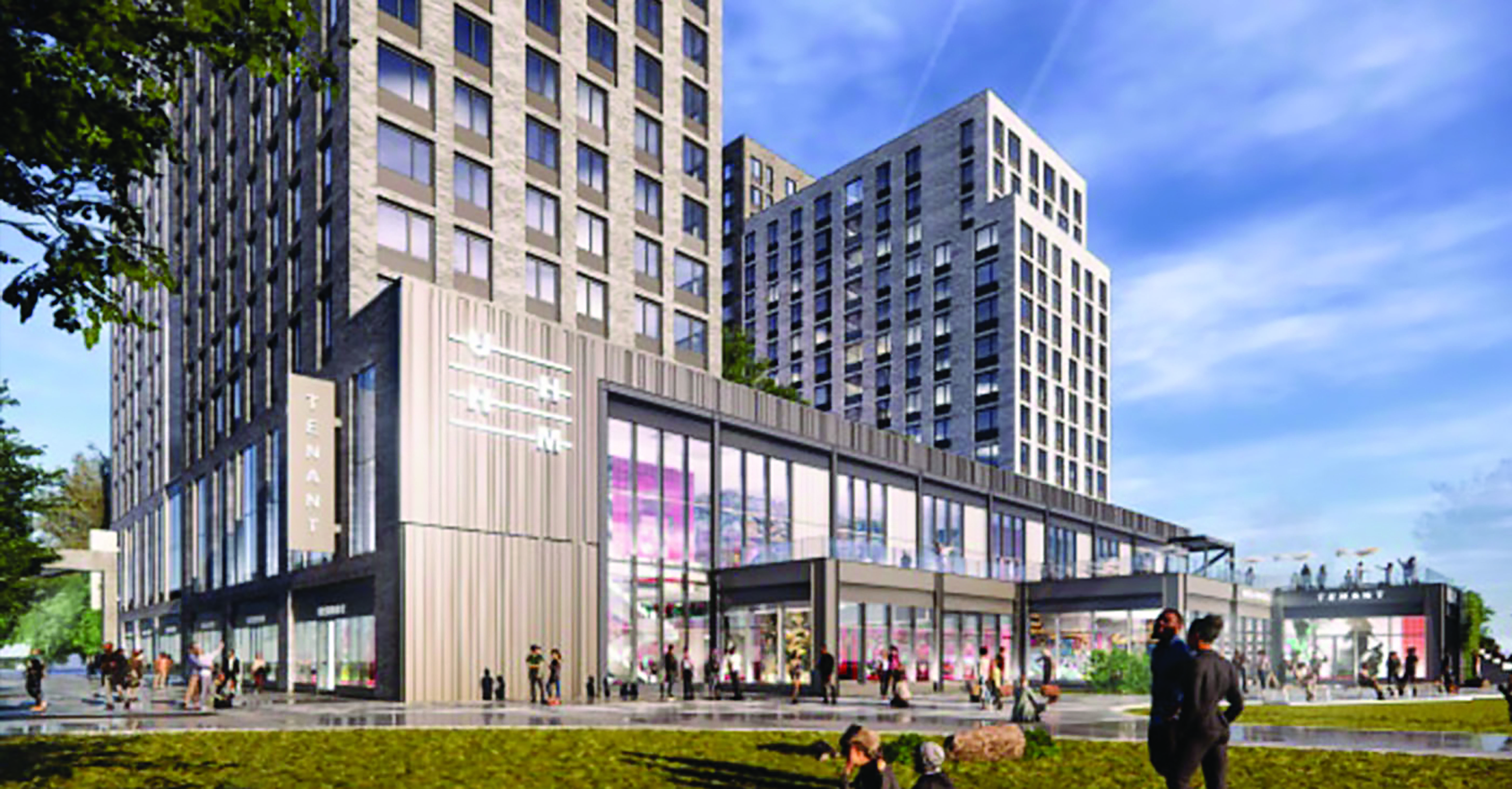 The economy was in a freefall. The nation was grappling with the Vietnam war. Marginalized Americans were still protesting in the streets for change. Anguish was felt throughout the country, but most profoundly in the nation’s inner cities. And this collective pain incubated an art form in the heart of the Bronx, New York, that would ultimately have a profound effect and influence upon the entire world. The birth of Hip Hop is a “Made in New York” story.

The story is delivered from the Bronx’s core creativity. It’s an epic tale, rich in history and cultural heritage that is rightfully told in the place that first gave it life – Welcome to the Universal Hip Hop Museum.

In the late 1970s, an end-of-the-school-year party delivered Hip Hop, a new musical genre that would travel from borough to borough, city to city, and eventually around the world. The Black and Latinx teens who spearheaded the revolution of Hip Hop launched a musical paradigm shift, one which, by far, has had the most significant influence on popular culture since the U.K. invasion of the Beatles in 1964.

Those teenage kids who ignited New York City’s most significant cultural export came from various Bronx neighborhoods and were viewed by their peers as relatable superheroes. In the communities in which they lived. They were the coolest of the cool.

You have seen their names on party flyers, watched them showcase their talent on the big screen, and have heard their songs on the radio. Their unique personas and mastery of this new art form fueled Hip Hop’s explosive rise. I was one of those teenagers. I witnessed the culture’s birth and have participated in its global growth as a promoter and music label executive and am now leading the next phase of Hip Hop’s historical development as Executive Director of the Universal Hip Hop Museum.

A Home for Hip-Hop

Although most concentrated in Manhattan, New York City has many great cultural institutions, with very few located in the outer boroughs. The Universal Hip Hop Museum will be the first smart Museum constructed amidst a worldwide pandemic and the first cultural institution of its kind on the globe honoring the totality of Hip Hop.

However, even though the doors are not officially open – we hold true to the saying –

“Hip Hop Don’t Stop” – because, during the past year, the Museum has focused on supporting the needs of the greater global and local community by raising money to help New York City’s frontline healthcare workers and participating in the United Nations World Day of Peace.

We have also produced a successful preview of the future Museum in partnership with The Related Companies at the Bronx Terminal Market, titled the [R]Evolution of Hip-Hop, which has drawn more than 10,000 visitors from every corner of the world.

As a permanent home to accurately document, archive, and celebrate the cultural phenomenal; milestones, the Universal Hip Hop Museum will share and document the stories about the people, places, and events that spawned a uniquely American art form that celebrates the musical and creative contributions of the culture.

The Museum will give permanence to the stories bred in the Bronx and beyond and serve as a new international cultural hub welcoming local residents and one million-plus tourists to the Bronx from across the U.S. and overseas when the Museum opens to the general public in 2023.

Walking the Walk and Talking the Talk-True Community Investment

The construction of the Universal Hip Hop Museum is one of the beacons of the borough’s revitalization. It represents a homecoming celebration of an area that has been historically home to marginalized BIPOC communities that are severely rent-burdened, low income, and, during the pandemic, most severely impacted with higher than average unemployment rates and COVID-19 related deaths.

The Universal Hip Hop Museum’s mission is particularly relevant when considering that it is actively choosing to invest in its community and hire from within the community. The entire project has always focused on the community’s needs, with ample green space surrounding the Museum, an affordable housing component, and the Museum as the project’s cultural anchor.

When construction of the Museum begins in January 2021, a new standard for development will make history. L&M Development Partners and Type A Projects, the Museum’s development partners, have agreed to hire and train people who live in the local community.

L&M Development Partners has recently signed a landmark deal with Laborers’ Local 79. The agreement represents a significant step forward, ensuring that Bronxites will be among those hired to build the future home of Hip Hop history, which also distinctly sets the Museum apart from other cultural institutions.

The Power, Purpose, and Platform

The power and influence of Hip Hop are most formidable. It’s an educational instrument used in classrooms, it’s the backdrop for movie scores, we hear the beats on tv commercials, and Hip-Hop is used as a tool to preserve ancient languages in Peru and Uganda.

The rhythmic beats and culture of Hip Hop not only entertains but also serve as a global connector and a loudspeaker to amplify social change. The Museum is bass bottom that adds soul to the past and present cultural and social justice issues.

As an amplifier of social messaging, the Universal Hip Hop Museum seeks to become the Gold-Standard of how cultural institutions perform and inform the educational, artistic, cultural, aspirational, and economic needs of Black Indigenous People of Color (BIPOC) through mentorship and strategic partnerships with institutions such as MIT, CUNY, Hip Hop Education Center, Microsoft, Google, and local community organizations.

The Universal Hip Hop Museum is best positioned to deliver on the race, social justice, and economic inequality issues amplified in 2020. For example, the Museum’s leadership is genuinely racially and ethnically diverse, representative of the NYC community.

Furthermore, according to an SMU study completed in 2019 on cultural BIPOC, employees of the cultural institution workforce are significantly under-represented within this space. The SMU study highlights the profound lack of diversity in positions of power within 65 cultural institutions in NYC. The Museum serves as an example of intentional inclusion and diversity.

The importance of Hip Hop’s influence and ability to empower and serve as a source of unity in a divided nation is more important now than ever before. And to encourage change, the Universal Hip Hop Museum will be a leader and active participant in facilitating gains for employees through opportunities in positions of power. Thus, creating an equal playing field for employees of color and investing in the community.

50 Years of Truth to Power

The Bronx played a significant role in cultivating the rise of Hip Hop. The art form will be permanently linked to the culture’s uncanny ability to defy social norms and break down national, cultural, and racial barriers.

The Museum is an apropos milestone for the culture and borough that has given so much to the world. Since its birth in the 70s, Hip Hop has kept a bright light on the economic inequality and social justice issues through songs such as “The Message” by Grandmaster Flash and the Furious Five released in1980, “Fight The Power” by Public Enemy released in 1989 and “Alright” by Kendrick Lamar in 2015.

Hip Hop gives voice to the disenfranchised and is the cultural unifier connecting people of all races, ethnicities, and social status through music, poetry, dance, and art. – And in 2023, when the Universal Hip Hop Museum doors swing open, it will be a brick-and-mortar amplification of what the world needed in the 1970s and what the world needs now. The Universal Hip Hop Museum stands ready to usher the next 50 years of Hip Hop’s global prominence in the borough where it all began.

The “Official Record of Hip Hop” now has a permanent home.