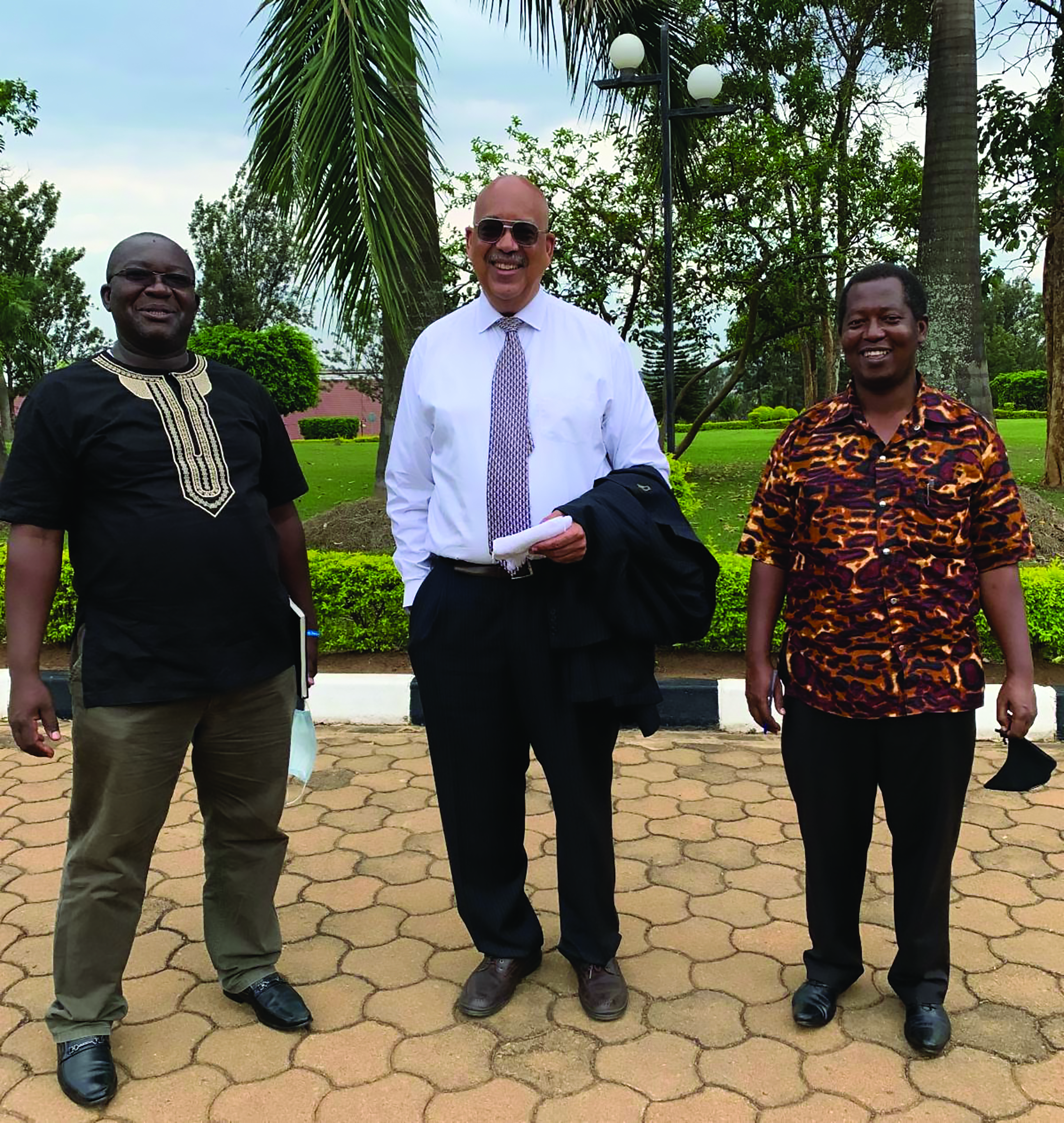 A month ago I shared with a member of Greater Mt. Nebo African Methodist Episcopal (A.M.E.) Church, the church I’m privileged to pastor, that I would be leaving soon for a two-week visit to Rwanda, to visit friends and pastoral colleagues. To me it should have elicited no surprise as she knew that I had led groups to Rwanda since 2012, a country described as “The Land of a Thousand Hills,” owing to its incredible natural beauty.

However, what I received was a rather horrified look and a quick, “I will be praying for you!” Her subsequent comments noted the ongoing corona virus pandemic and her assumption that I was placing myself at great risk. It was bad enough, she felt, that I would be on two flights to get there, totaling 16 hours in the sky, with a four hour layover in Addis Ababa, Ethiopia after leaving The United States. But she assumed that Rwanda would be a place where the pandemic was running rampant and therefore was placing myself at considerable danger. After sharing with her news reports which detailed Rwanda’s commitment to combatting the virus, her anxiousness dissipated but she ended our conversation by saying, “Well, I’m still praying for you.”

I left two days after my encounter with the member, confident that all would be well. My assurance was not unfounded over the course of my trip. Rwanda, through its leadership and the many people I met, displayed a resilience and determination to protect its population from this dreaded virus, and consequently obliterated the disparaging term used by some elected officials to describe African nations. My experience was not unusual. The requirements for my entry into Rwanda are required for everyone arriving into the country since the international airport in Kigali, the capital city, re-opened at the beginning of August.

Ethiopian Airlines, my airlines of choice when travelling to Africa, currently requires that all passengers must have a recent negative SARS-CoV-2 RT-PCR test result in order to board their flights from The United States. Upon exiting my flight in Rwanda, on the tarmac, before even entering the terminal building, Rwanda government officials met all passengers to determine whether we had the required certification. Once we entered the building, we were greeted by Ministry of Health officials who administered a temperature check.

After passing through Passport Control, I proceeded to the baggage claim area when I heard “someone” state in a clear voice, “Welcome to Kigali International Airport. While in Rwanda, please remember to wash your hands frequently, engage in social distancing, and wear a mask.” That “someone” turned out to be a robot, who repeated that friendly, yet firm message several times before I exited the baggage claim area.

From there I proceeded to a government-approved hotel where I would spend the night. Upon my arrival at the hotel but before I checked in, I was required to take another COVID-19-related test. I was then quarantined in my hotel room until the next morning, when upon receiving my negative test result, I was then free to move throughout the country. During my 14-day visit, travelling to three major cities and parts of the rural countryside, everyone wore masks, from the youngest children to elderly people, with virtually no exception. Temperature checks were performed at restaurants, office buildings and stores. Social distancing was enforced at churches.

It became abundantly clear that Rwanda took very seriously its mission to protect its citizens from this dreaded virus. The result; as of October 28, in a country of just over twelve million people, they have experienced only 35 deaths from the corona virus! The country implemented the key preventive measures almost immediately after the first case was reported on March 13. No hesitancy or uncertainty on the part of the national government and no squabbling among the people as far as I could tell based upon my conversations with many people. Despite the inconvenience imposed upon the populace, and yes, the economic challenges they faced, the many people I spoke to were gratified with the measures implemented since it spared the nation from countless more cases and deaths from COVID-19.

Yet here is the contradiction: after a very satisfying, safe visit to one of Africa’s jewels of a nation, upon my return to The United States at Dulles International Airport, no government official asked me any COVID-19-related questions! No one inquired as to whether I had been sick while out of the country. There were no temperature checks administered. No official asked for a recent COVID-19 test result.

In fact, I was subjected to the same procedures that occurred in January after my last visit to Rwanda. So many safeguards were implemented by Rwanda to protect its citizens from the potential threat of travelers entering its territory. Was my experience upon my return to America another indication of the cavalier approach and reaction to the pandemic still raging in The United States? Perhaps we could benefit from securing advice from an African nation that has achieved remarkable success in fighting this pandemic.