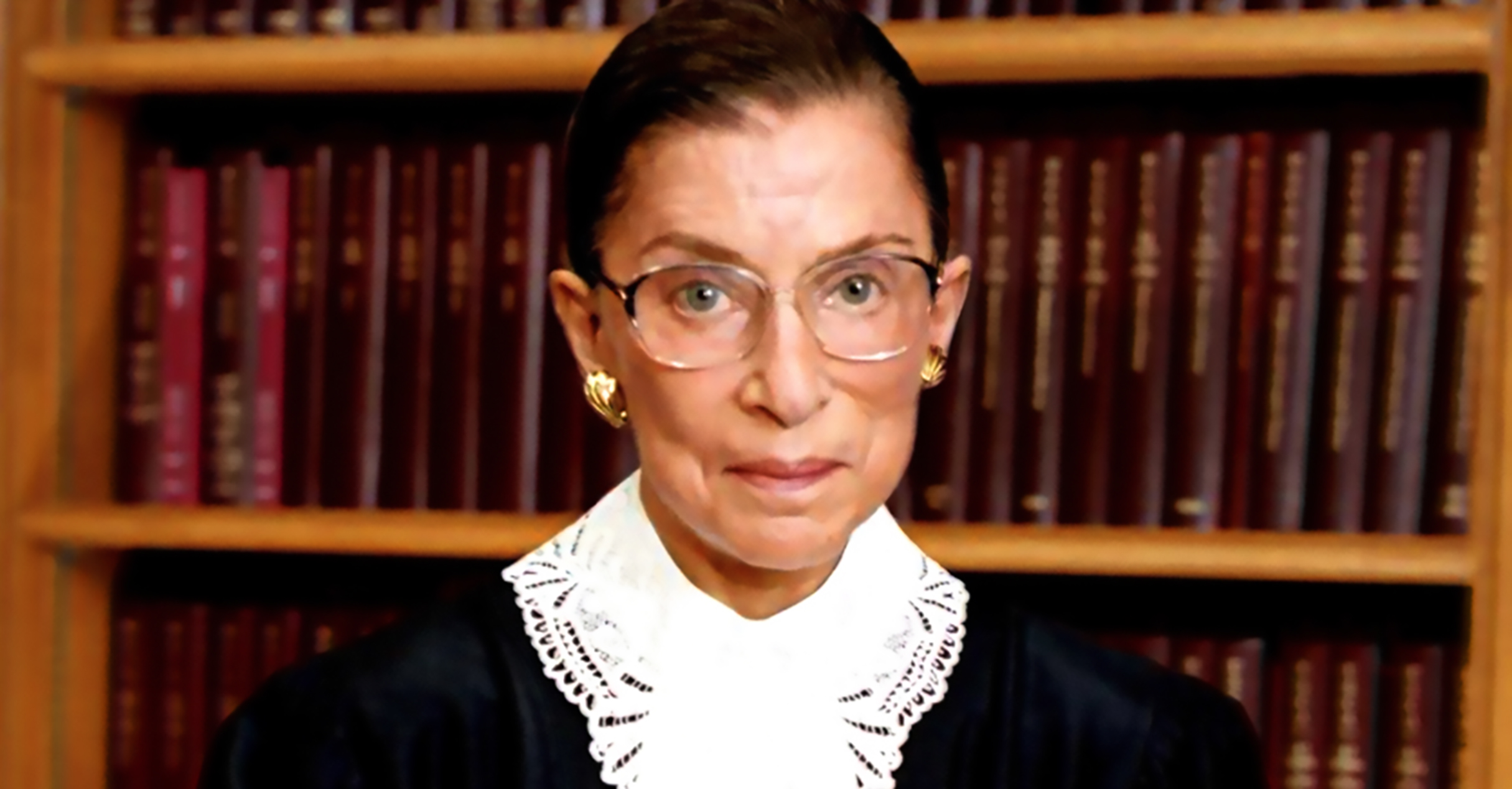 NNPA NEWSWIRE — Throughout  her  cancer diagnosis  and  treatment, Ruth  Bader Ginsburg fought to the end with unwavering faith in our democracy and its ideals, and that’s how she’ll be remembered, Obama expressed in a written statement. “But she also left instructions for how she wanted her legacy to be honored,” observed President Barack

Ruth Bader Ginsburg – affectionately known as The Notorious R.B.G. (after the famous moniker of the late hip-hop star, The Notorious B.I.G.) – held on as long as she could while fiercely battling metastatic pancreatic cancer.

At 87, the popular Supreme Court Justice had battled cancer and several other maladies, for some time. Just days before her death, as her strength waned, Ginsburg dictated this statement to her granddaughter Clara Spera: “My most fervent wish is that I will not be replaced until a new president is installed.”

Echoing the sentiments of many, both inside and outside of the political spectrum acclaimed novelist Terry McMillan stated, “I was praying she could hold on.”

The author and many others realized that, in sphere of today’s of American politics, where one of the two dominant parties is essentially wholly controlled by President Donald Trump and the hard-hearted Sen. Majority Leader Mitch McConnell, if they choose to ignore the Justice’s dying wishes, the Republicans, who control the Senate, have the votes to quickly confirm Ginsburg’s replacement.

This is the case even as the president – and possibly McConnell – head toward lame-duck status.

In spite of the an result from the impending confirmation process and it’s connectivity to an election that will occur in less than 45 days, the life and achievements of Ruth Bader Ginsburg are to be celebrated. America’s loss of one of its notable and most courageous jurists is palpable.

“We have lost a champion of justice, an icon and patriot, a woman who lived the concept of building a more perfect union,” D.C. Mayor Muriel Bowser affirmed.

“Justice Ruth Bader Ginsburg fought for us until the very end, and it is that fighting spirit – that we were fortunate as a nation to benefit from time and time again – that made us love, respect, and admire her. We are heartbroken.”

Hillary Shelton, the Chief Lobbyist of the NAACP, called Ginsburg’s death a sad day for America. “We are losing a real champion for Civil Rights, Voting Rights, Women’s Rights and Human Rights on our Supreme Court,” Shelton posited.

Shelton honored Ginsburg for breaking through many barriers to the full participation of all Americans and demanded that Republicans wait until after the election to confirm a successor.

“It is our hope that whoever fills her position would have her same values. We also urge that the president withhold the nomination to fill that position until after the election,” Shelton exclaimed.

“It was Mitch McConnel who insisted not to allow President Obama to fill a position in his last year in office. We urge that there not be a nomination or consideration by the U.S. Senate until after the November election.”

Through her cancer, Ruth Bader Ginsburg fought to the end with unwavering faith in our democracy and its ideals, and that’s how she’ll be remembered, Obama expressed in a written statement. “But she also left instructions for how she wanted her legacy to be honored,” the popular former president observed.

Obama recalled when Republicans refused to hold a hearing or an up-or-down vote on his Supreme Court nominee, Merrick Garland, and they invented the principle that the Senate shouldn’t fill an open seat on the Supreme Court before a new president was sworn in.

“A basic principle of the law – and of everyday fairness – is that we apply rules with consistency, and not based on what’s convenient or advantageous in the moment,” Obama demanded.

“The rule of law, the legitimacy of our courts, the fundamental workings of our democracy all depend on that basic principle. As votes are already being cast in this election, Republican Senators are now called to apply that standard.

“The questions before the Court now and in the coming years – with decisions that will determine whether or not our economy is fair, our society is just, women are treated equally, our planet survives, and our democracy endures – are too consequential to future generations for courts to be filled through anything less than an unimpeachable process.”

Sixty years ago, the Brooklyn born Ginsburg applied to be a Supreme Court clerk. She’d studied at two of the country’s finest law schools and had ringing recommendations. But because she was a woman, she was rejected, Obama recalled.

Ten years later, she sent her first brief to the Supreme Court – which led it to strike down a state law based on gender discrimination for the first time. And then, for nearly three decades, as the second woman ever to sit on the highest court in the land, she proved a warrior for gender equality – someone who believed that equal justice under the law only had meaning if it applied to every single American.

“Over a long career on both sides of the bench – as a relentless litigator and an incisive jurist – Justice Ginsburg helped us see that discrimination on the basis of sex isn’t about an abstract ideal of equality; that it doesn’t only harm women; that it has real consequences for all of us. It’s about who we are – and who we can be,” Obama remarked, noting that Ginsburg inspired the generations who followed her.

Justice Ginsberg always voiced strong and principled demands for justice and equality for all, and she was a lifelong champion of women’s and civil rights, declared Marcela Howell, the founder, and president of “In Our Own Voice: National Black Women’s Reproductive Justice Agenda.”

“We are putting the U.S. Senate on notice; we demand that no nominee be voted on until a new president is elected. We will take to the streets in protest if McConnell and his cohorts do not abide by their own precedent,” Howell avowed.

“We promise to continue Ruth Bader Ginsburg’s fight for freedom. As we mourn, we will honor her life and legacy by fighting hard to demand a worthy successor. And we will fight even harder to ensure that all votes are counted on Election Day.”