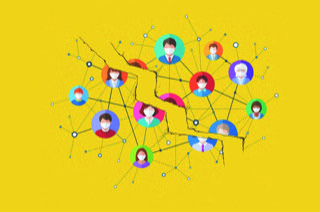 Merced County promised 42 tracers to interview infected people. But it’s not actually tracing. “All of us got sick, and the county didn’t do anything to help us.”

A month ago, everyone in Merced County infected with the coronavirus got a call from county officials, asking questions about whom they’d come in contact with. It’s a tracing process that experts say is critical to stopping the spread of the highly infectious disease.

Now, facing a five-fold increase in infections, Merced County officials have abandoned the effort. They have not attempted to conduct contact tracing for several weeks.

Health experts say the county’s decision threatens public health because investigating and notifying the contacts of infected people is vital.

Merced County is violating an agreement it signed with the state in May, asserting that it would perform the investigations as a condition of reopening its businesses. Newsom administration officials, however, declined to comment on what, if anything, they plan to do to enforce the requirement or whether other California counties have eliminated the investigations.

County supervisors — including the board chair who signed the agreement with the state — said they were unaware until contacted by CalMatters that their health department had stopped contact tracing weeks ago.

“Contact tracing is one of the best tools in an arsenal to control the spread of COVID-19.”

CalMatters reached out to 27 California counties with rising infections and hospitalizations or large numbers of cases to ask about their extent of contact tracing. Merced was the only one that confirmed in June that it was no longer conducting it at all, although six did not respond. The other 21 said they were tracing most people or at least some.

Kristyn Sullivan, Merced County’s supervising epidemiologist, said the county is now only doing case investigations — reaching out to infected people to tell them to quarantine but not asking about their close contacts or the places they’ve been recently. She said that interviewing people about their contacts has become ineffective because there are too many cases.

Infectious disease experts, however, disagree, saying that some tracing of contacts is better than none. Without it, people exposed to the virus have no way of knowing so they keep spreading the disease.

Perry Halkitis, dean of the School of Public Health at Rutgers University and the principal investigator for New Jersey’s contract tracing program, said that tracing is “one of the best tools in an arsenal to control the spread of COVID-19.”

In Merced County, a rural area north of Fresno with about 278,000 residents, 2,260 people have tested positive for the virus as of today and 15 have died. Half of the infections are in children or ages 18 to 35. And the numbers are rising.

With more than two out of three of its cases infecting Latino residents, mainly those who work essential, low-income jobs in agriculture and manufacturing, it’s clear who is most at risk from the county’s lack of contact tracing.

Hugo Garcia, 38, who lives in the Merced County town of Winton, tested positive for the coronavirus on June 16, but county officials did not ask him about whom he had come in contact with.

Garcia’s symptoms were mild and he recovered, but his 85-year-old mother Sinforosa, who he said contracted the virus from him, died on Wednesday after being hospitalized for more than three weeks. He had to make the agonizing decision to take her off life support when doctors said she wouldn’t recover. His sister and at least three other family members are sick, too.

No one from the county asked any of them questions, Garcia said.

“They called me two times — once to tell me a sheriff would come to give us the quarantine order and then again to tell me the public health department would send me a notice telling me that my quarantine order was lifted. That’s all we heard from the county,” Garcia said in Spanish. “They only contacted me twice.”

Garcia’s situation is far from unique.

About 60% of all Merced County’s residents are Latino, but they represent nearly 70% of all coronavirus cases in the county, according to recent county data. The disproportionate rate at which Latinos contract COVID-19 could be attributed to close working conditions on farms or in food packing and manufacturing plants, Sullivan said.

Garcia, a Mexican native who has worked at an almond processing plant for 16 years, said he thinks he got sick at work. His employer didn’t take precautions to keep employees safe after he was told to keep showing up to work when people started getting sick, he said.

Garcia worked shoulder-to-shoulder in an area with more than two dozen workers that was shut down after nearly everyone tested positive.

Sullivan, a psychologist who oversees the county’s contact tracing and case investigation program, said even though they aren’t doing tracing interviews, they are alerting workplaces and healthcare facilities about COVID-19 positive individuals that have visited those locations.

Yet Garcia said the public health official he spoke with never asked where he worked, where he went or how he got sick.

“The plant didn’t take the right measures to protect us,” Garcia said. “When the first case broke out, they should’ve closed the plant, but instead, we were told to keep on working as if nothing happened. But then all of us got sick, and the county didn’t do anything to help us.”