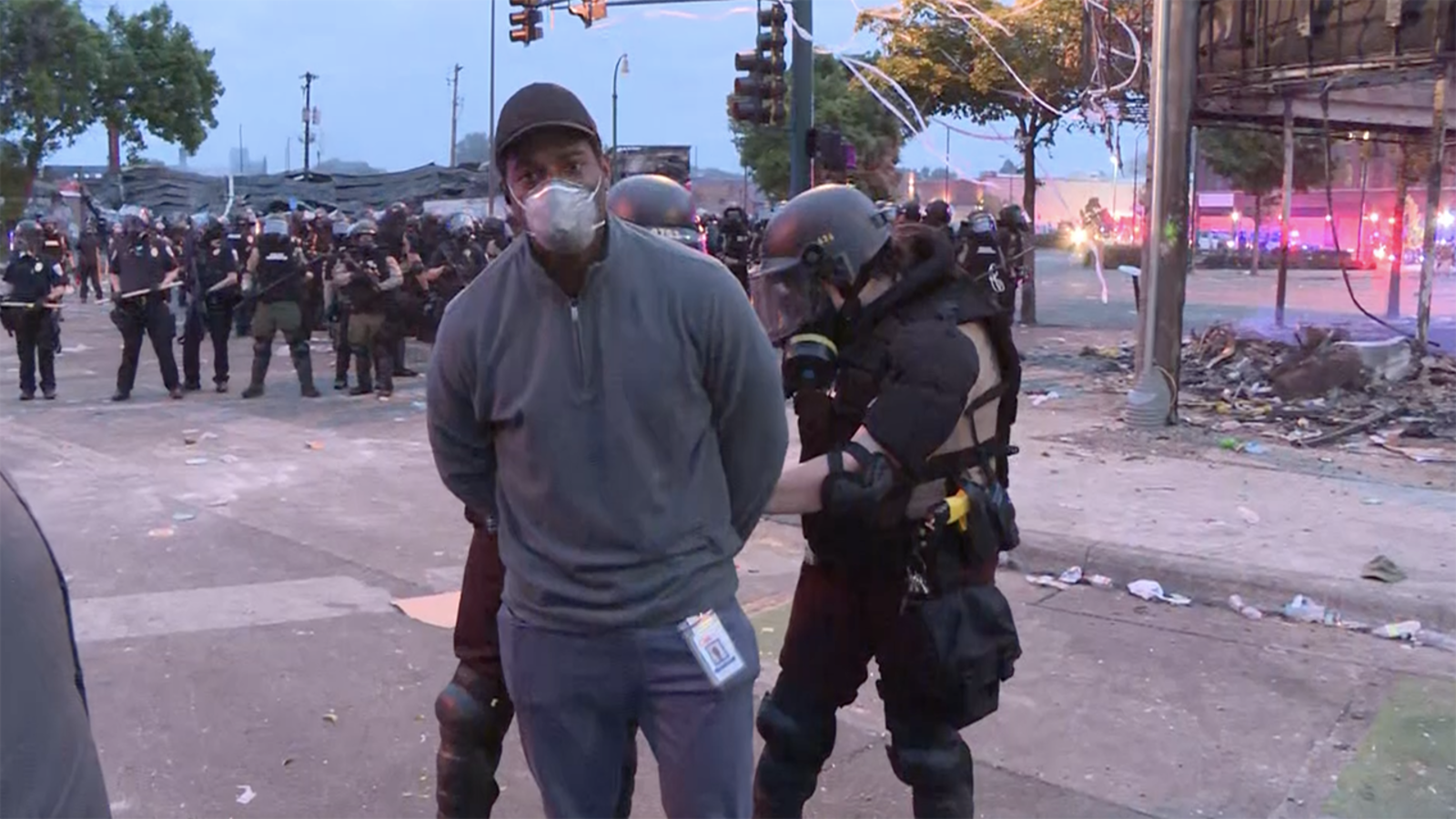 CNN correspondent Omar Jimenez and his camera crew were arrested on air just after 5 a.m. Friday as the team reported on the Minneapolis protests.

A Minnesota State Patrol officer said they were arrested because they were told to move and didn’t, according to CNN. Jimenez is seen and heard on camera before his arrest identifying himself and his crew as reporters and saying: “Put us back where you want us,” and “We’re getting out of your way. Just let us know.”

The arrest of reporters drew an immediate outcry from reporters and viewers, and Minnesota Gov. Tim Walz (D) soon apologized for the incident, calling it “totally unacceptable.” Jimenez was released a little more than an hour later, although it was unclear whether his colleagues were still detained.

Jimenez was seen zip-tied by his wrists and led away.

Police continued to arrest crew members until only the cameraman was left. It’s unclear whether police were aware that CNN’s camera continued to roll as they carried it away.

CNN political reporter Abby Phillip noted that Josh Campbell, her other colleague on the scene, who is white, was not arrested.

“He just reported that police approached him, asked him who he was with, he said CNN,” Phillip said via Twitter. “And they say ‘ok, you’re good.’ This is minutes after Omar, who is black and Latino, was arrested nearby.”

CNN said in a statement that the arrest was a First Amendment violation and demanded the reporters’ release.

“A CNN reporter & his production team were arrested this morning in Minneapolis for doing their jobs, despite identifying themselves — a clear violation of their First Amendment rights,” the company said. “The authorities in Minnesota, [including] the Governor, must release the 3 CNN employees immediately.”

“They clearly had a right to be there,” Walz said of the CNN team, per the statement. “We want the media there to cover this. It is never acceptable for that to happen.”

In a statement, the Minnesota State Patrol said four people, including three members of the CNN crew, were arrested while clearing the street and said they were released “once they were confirmed to be members of the media.”