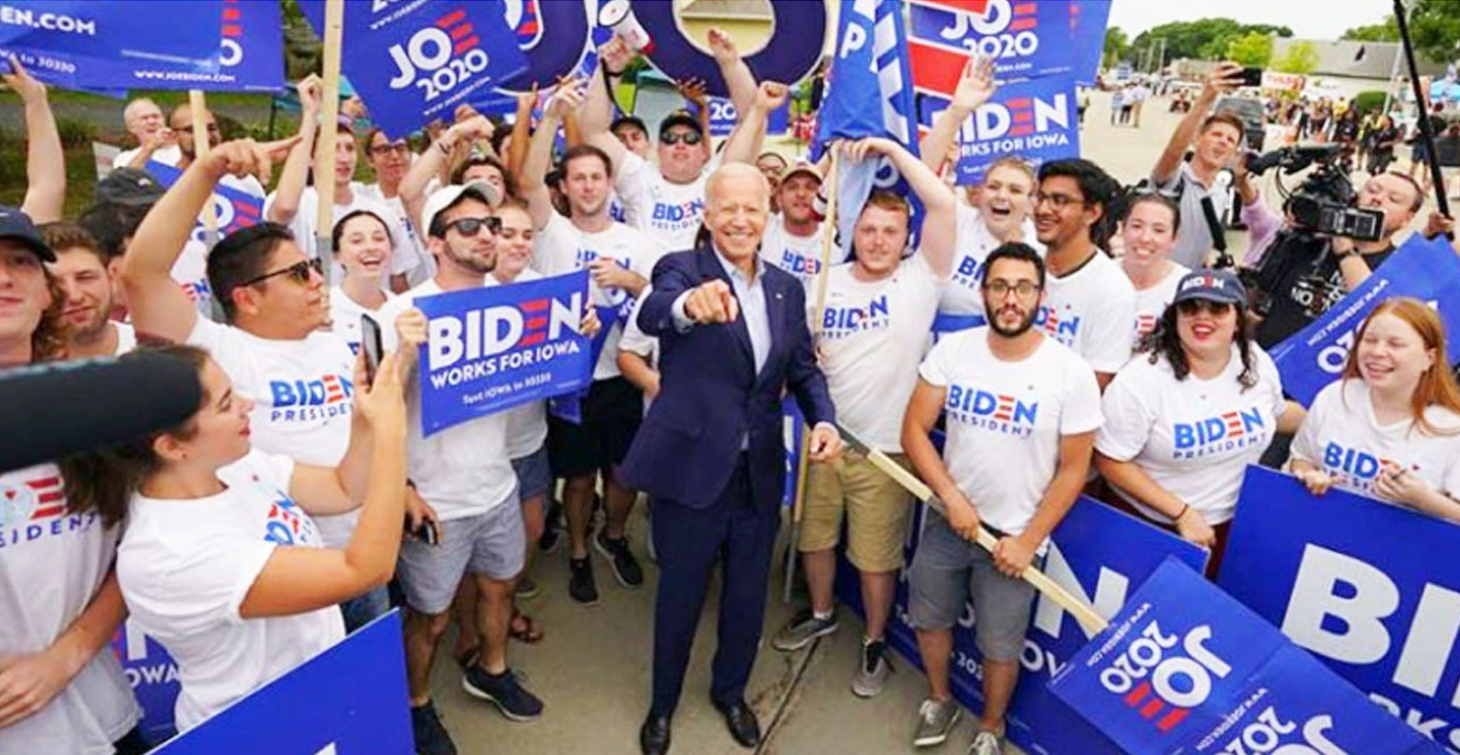 Presumptive Democratic Presidential Nominee Joe Biden clarified his message to Black America after the GOP, and others, seized on a remark he made in jest while wrapping up an interview with the famous Breakfast Club.

“I shouldn’t have been such a wise guy,” Biden stated after the comments to show host, Charlamagne Tha God, went viral.

“I shouldn’t have been so cavalier. No one should have to vote for any party based on their race, religion, and background.”

As the Breakfast Club interview wrapped and a Biden aide said he was running short on time, Charlamagne asked the former vice president to stop by the studio when Biden returns to New York.

Biden replied, “You’ve got more questions?” “Well, I tell you what, if you have a problem figuring out whether you’re for Trump or me, then you ain’t black.”

Republicans seized on the remark, with some sending emails to NNPA Newswire claiming that Biden was “race-baiting.”

In response, NNPA Newswire asked members of the GOP to address what many in the African American community believe have been the racially-charged remarks and actions of the president.

There was no response.

“The comments made at the end of the Breakfast Club interview were in jest, but let’s be clear about what the VP was saying: He was making the distinction that he would put his record with the African American community up against Trump’s any day. Period,” Biden’s senior advisor Symone D. Sanders wrote on Twitter.

“Vice President Biden spent his career fighting alongside and for the African American community. He won his party’s nomination by earning every vote and meeting people where they are, and that’s exactly what he intends to do this November,” Sanders stated.

In a “Meet the Black Press” segment of an interview on the web-based show, Make It Plain, National Newspaper Publishers Association (NNPA) President and CEO, Dr. Benjamin F. Chavis, said people should react favorably to the exchange.

“Charlamagne always asks pointed questions, he takes no prisoners and he’s a great brother,” Chavis stated. “But, the vice president is a street fighter who comes from Wilmington, Delaware. Remember, he was speaking directly to Charlamagne.”

Pressed further, Dr. Chavis noted that the issue boils down to the current administration verses a possible Biden administration.

“What Black people have to decide is not all of the prerequisite but, given what we know today, what are our aspirations? Who can best improve our quality of life? That’s the issue,” Chavis stated.

“I would prefer to hear what he has to say, rather than to muzzle him. I tell hip-hop artists that they have freedom of expression, but they have to be responsible for what they put out. You have the freedom to say what you want, but after you say it, you have to be accountable.”

In an interview with NNPA Newswire in February, Biden said the Black vote was critical to anyone with aspirations of winning in November.

He then laid out his plan for Black America.

Last month, he called on the Centers for Disease Control and Prevention, to collect more data regarding how COVID-19 is affecting communities, including breaking down its impact by race.

Advance the economic mobility of African Americans and close the racial wealth and income gaps.

Expand access to high-quality education and tackle racial inequity in our education system.

Biden, who this month fiercely denounced the shooting death of Ahmaud Arbery, noted that he spearheaded the Community Oriented Policing Services program, which authorized funding both for the hiring of additional police officers and for training on how to undertake a community policing approach.

However, the program has never been funded to fulfill the original vision for community policing.

He said he would reinvigorate the COPS program with a $300 million investment.

As a condition of the grant, Biden stated that hiring police officers must mirror the racial diversity of the community they serve. Additionally, as President, Biden promises to establish a panel to scrutinize what equipment is used by law enforcement in our communities.

He said he would invest in public defenders’ offices to ensure defendants’ access to quality counsel, and create a $20 billion grant program to support criminal justice reform at the state and local level.

Biden pledged to work with Congress to reform federal sentencing and provide incentives to state and local systems to do the same.

He said he would end once and for all, the federal crack and powder cocaine disparity, decriminalize the use of cannabis and automatically expunge all prior cannabis use convictions.

The Democrat also promises to end the criminalization of poverty and cash bail, which he called the modern-day debtors’ prison.

“We need a comprehensive agenda for African Americans with an ambition that matches the scale of the challenge and with a recognition that race-neutral policies are not a sufficient response to race-based disparities,” Biden noted.