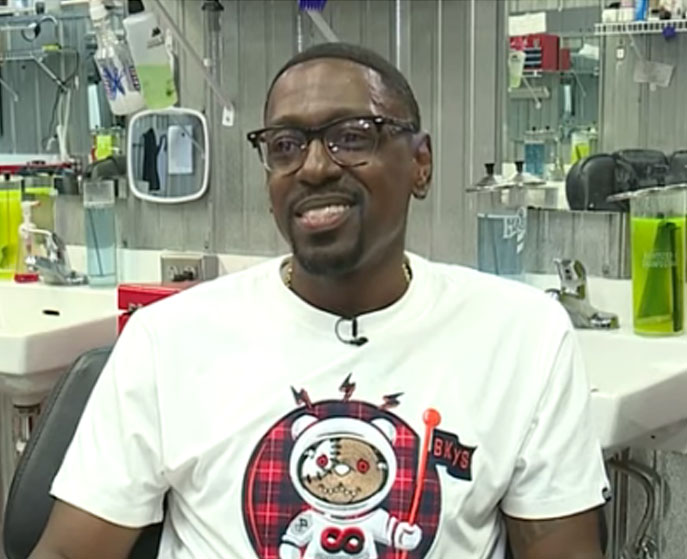 Lamonte McIntyre learned Monday he will receive $1.5 million for a wrongful conviction that resulted in him spending 23 years in a Kansas prison.

McIntyre was wrongly convicted of the 1994 murders of Donald Ewing and Doniel Quinn and sentenced to life in prison when he was just 17 years old. McIntyre was exonerated in October 2017 and freed from prison. Last year, he filed a lawsuit against the state of Kansas under a statute involving mistaken convictions. The law, which was passed in 2018, now allows prisoners who were wrongfully convicted to sue the state and seek monetary damages.

Along with the $1.5 million settlement, McIntyre will also receive two years of state health care benefits, counseling and a tuition wavier to pursue a college degree. His conviction, arrest and any DNA profile record information will also be expunged, according to CNN.

“Today, Lamonte McIntyre has been declared, finally and conclusively, a completely innocent man,” Cheryl A. Pilate, McIntyre’s lawyer, told CNN. “That long-overdue recognition, along with the statutory payment and other benefits, will help lighten a bit the heavy load he has carried.”

“In this case, our office worked diligently to obtain and review all available evidence, including evidence identified but not provided in the earlier judicial proceedings,” Kansas Attorney General Derek Schmidt released in a statement. “We were ultimately able to resolve all issues, satisfy all of the statute’s requirements, and agree to this outcome so Mr. McIntyre can receive the benefits to which he is entitled by law because of his mistaken conviction.”

After he was exonerated in 2017, McIntyre co-founded the nonprofit, Miracle of Innocence, that helps others who are wrongfully incarcerated. McIntyre also co-owns Headlines Barber Academy in Kansas City.

In an interview with CNN affiliate KMBC last year, McIntyre said: “I’m not angry. I’m frustrated because I don’t like to see this kind of injustice happen to nobody.”