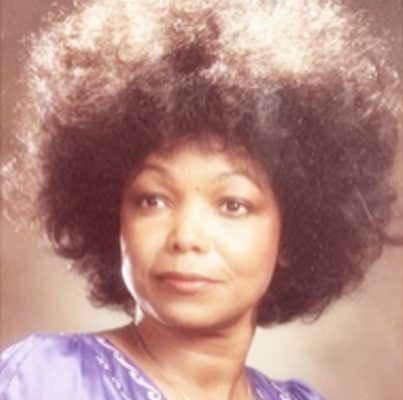 Shirley Ann Shirrells, daughter of the late Anne E. Shirrells, civic leader in San Bernardino, died peacefully after a long illness at her home in Pasadena, CA, April 8th, 2019, at the age of 83. With her were her son and daughter.

Shirley moved to San Bernardino as a child with her mother and sister, the late Marguerette Howard. After marriage, Shirley moved from the city to live overseas for several years, eventually settling in central California for many years.

Shirley was retired from Allan Hancock College, in Santa Maria, California, where she was the director of the Job Placement and Career Center for 30 years. She had a successful career there, and had been recognized by the community for her innovative leadership in service to over 20,000 community college students during her tenure.

She also delighted people singing jazz in many local venues in and around Santa Maria and performing in musical productions at the college.

After retirement, Shirley lived for a while in Palm Desert, and then moved to Pasadena, CA, to live near her family.

Shirley is survived by her daughter, Cecile Anderson, her son, Maurece Chesse, her son-in-law, George Anderson, and her cherished granddaughter, Perry Anderson.

Shirley was a free spirit, a jazzy humanist, and charming nurturer to those who she was drawn to support and cultivate.

Her remains will rest near her mother and sister at Green Acres Memorial Cemetery in Bloomington, Ca.

A reception is planned outdoors at the Anne Shirrells park in San Bernardino, CA, at 1:30pm on Tuesday, May 28th.