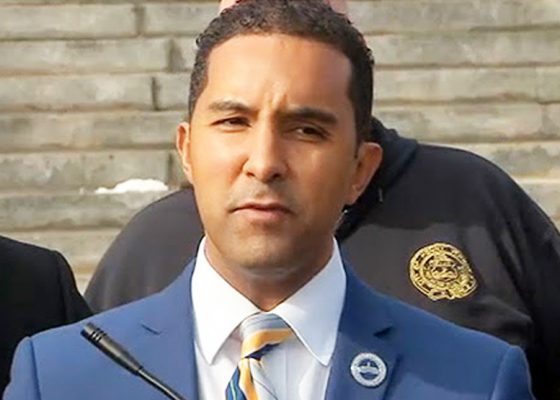 Nationwide (BlackNews.com) — On Monday, Mayor Richard Thomas discussed how staff at JP Morgan & Chase summoned the police on him, his staff member, and a Mount Vernon Police detective as the Mayor sought to deposit a six figure check and get access to the City’s online banking records.

The response by the White Plains Police Department was resolved amicably after one of the responding officers recognized the Mount Vernon Police detective.

Mayor Thomas believes that race certainly played a role in the Chase employees calling the police. The two staffers who accompanied Mayor Thomas are black and Hispanic.

“As a Mayor and as a young, well-educated black man living during this turbulent time in society where police are being called on black people for going about everyday life, this is unacceptable,” Mayor Thomas wrote in a letter to Chase CEO Jamie Dimon. “We’ve seen this happen to the two black men at a Starbucks in Philadelphia. We’ve also seen this happen to Oregon Rep. Janelle Bynum while she was campaigning. Now it happened to me.”

On Monday, Mayor Thomas will visit the Office of Currency Comptroller to file a racial profiling/redlining complaint.

Mayor Thomas was at Chase’s offices at 925 Westchester Avenue in White Plains to invoke existing rights as an authorized account signatory and enforce a recent court order giving him full access to all the City’s financial records.