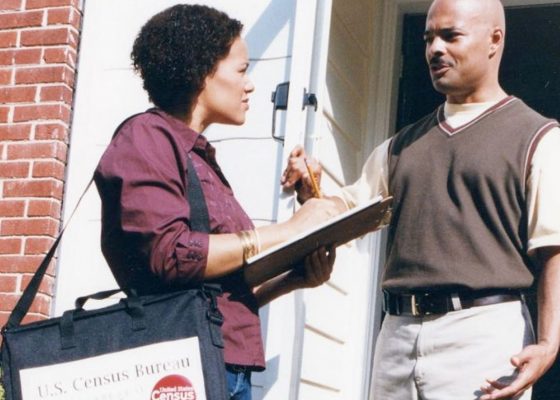 The National Association for the Advancement of Colored People (NAACP) is making public previously withheld documents about the 2020 Census, revealing alarming deficiencies in the federal government’s preparations and budgeting for the decennial headcount. The NAACP, together with the NAACP Connecticut State Conference and the NAACP Boston Branch, obtained these records as part of a settlement agreement following a suit brought federal court against the U.S. Department of Commerce, which houses the Census Bureau.

The Census Bureau had previously failed to disclose the records pursuant to requests under the Freedom of Information Act (FOIA).

“We remain committed to promoting full transparency in census preparations, particularly in light of the ways insufficient outreach can harm communities of color,” said NAACP General Counsel Brad Berry. The quality of census data is central to civil rights issues from voting rights to the distribution of federal funding.

The newly-disclosed documents include briefings for senior members of the Department of Commerce and records presented to oversight and decision-making bodies within the Census Bureau. The documents also include information about the Bureau’s spending on advertising, its budgeting process, and its partnerships with outside groups to promote census participation.

By releasing these records, we hope to make the public aware of how the Bureau’s current 2020 plans can possibly hurt our communities severely and hamper the census’s vital role in American democracy,” said Scot X. Esdaile, President of the NAACP Connecticut State Conference.

The records confirm that the 2020 Census is at grave risk of going off course. For example:

The count of currently deployed military servicemembers may be jeopardized as the Department of Defense will not report data on them to the Bureau under new guidance. This could affect roughly 15% of all overseas military personnel. The Bureau?is thus “in jeopardy of not having the information necessary to count those who are deployed overseas in the communities in which they live, placing the 2020 Census at risk.”

The Census Bureau intends to reduce its field staff drastically. The planned staff of enumerators—field employees who visit homes in person to count the residents—will be reduced to 400,000, down from the 600,000 the Bureau planned to hire for the 2010 Census. For address canvassing, which updates the Bureau’s indispensable address list, the Bureau plans to hire 43,500 employees, compared to 160,000 planned in 2010.

Chronic underfunding over the course of the decade, including during the recent 35-day shutdown, has negatively affected preparations for the 2020 Census according to internal Census Bureau documents.

“The understaffing and underfunding of the 2020 Census remain a source of serious concern,” said Casey Gilfoil, a law student intern in the Yale Law School Rule of Law Clinic, which represents the plaintiffs.

“The Bureau cannot continue to ignore the risks of relying on insufficiently-tested procedures for a once-in-a-decade event such as the census.”

In June 2017, the NAACP and its affiliates filed a FOIA request seeking internal documents about plans for the 2020 Census. When the Bureau failed to disclose these records, the NAACP brought suit, NAACP v. U.S. Department of Commerce, No. 3:17-cv-01682-WWE (D. Conn. filed Oct. 5, 2017). These documents were released as part of an agreement in partial settlement of the litigation, approved earlier this month by Senior U.S. District Judge Warren Eginton.