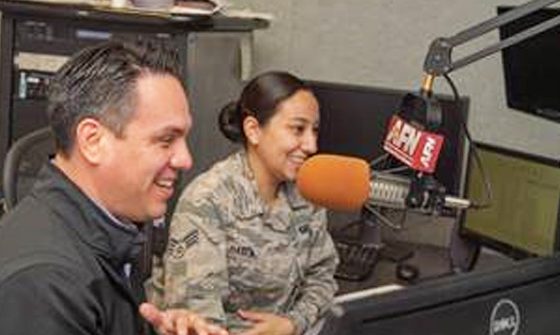 March Air Reserve Base, CA — On Friday, Rep. Aguilar took his Job for a Day tour of the Inland Empire to March Air Reserve Base, where he learned how to record, edit and upload audio files for Armed Forces Network (AFN). AFN provides radio and television news and entertainment for active, guard, and Reserve military service members, and their families overseas. AFN reaches US military audiences in 168 countries, as well as Navy and Coast Guard ships around the world. In addition to learning firsthand about the work of an AFN Radio Specialist, Rep. Aguilar recorded a brief radio message to thank deployed service members and their families.