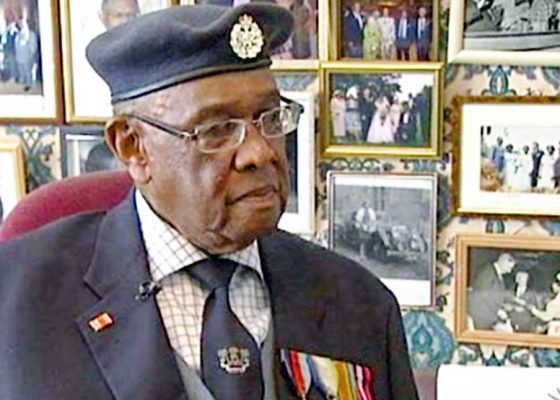 The UK government is coming under pressure to compensate and apologize to the last surviving African veterans who fought alongside White British soldiers in the second World War.

More than half a million Black African soldiers who fought in the British army were paid up to three times less than their white counterparts, a newly unearthed document has revealed, prompting calls for an investigation and the government to compensate surviving veterans.

The document, buried in Britain’s national archives, reveals how the government systematically discriminated against African soldiers, paying White personnel – even those living in African colonies and serving alongside African soldiers in British colonial units – far more than their Black counterparts.

Three parliamentarians are demanding that the administration of Theresa May acknowledge the unfair treatment, launch an investigation, issue a formal apology and pay veterans compensation.

Details of the discriminatory practices were highlighted in a documentary for Al-Jazeera English’s People and Power series. The documentary also highlights how, although enlistment was supposed to be voluntary, testimony from surviving veterans and their widows undermines this official line.

One veteran, 93-year-old Gershon Fundi – whom Britain sent to Ethiopia and Somaliland as a signalman – said: “They were treating us as slaves. We were there not because we wanted to be there. But we were forced to go there. If you run, even if you go home, chiefs would arrest you and then you’re going to be brought back. But how can you complain? To whom are you going to complain?”

Their testimony is supported by the research of leading historians of the era. “Pressure was put on chiefs to provide their quota and they forced men to enlist,” says David Killingray, emeritus professor of modern history at Goldsmiths University, who described the experience of individuals “caught up by this system” as appalling.

Not only were African soldiers in Britain’s forces barred from becoming commissioned officers and from disciplining lower-ranking White soldiers, they were also subjected to corporal punishment, which the British army had officially outlawed for decades.

“They beat us,” said Eusebio Mbiuki, a 100-year-old veteran who served in Britain’s Burma campaign against the Japanese. “They beat us a lot. Our bodies became so swollen from the beatings. They would beat us and slap us until you accepted everything you were being told. And you couldn’t answer back. Who would you speak to? They were your commanders.”

This article originally appeared in the Los Angeles Sentinel.