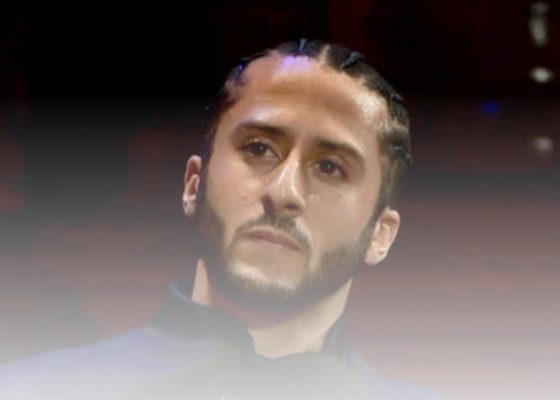 Kaepernick filed his grievance against the NFL in 2017, accusing team owners of violating the league’s collective bargaining agreement.

Colin Kaepernick ended his legal battles with the National Football League on Friday after initially accusing owners of colluding to keep him from playing over his national anthem protest.

In identical statements on Friday, the NFL and Kaepernick’s attorney, Mark Geragos, said the grievance was resolved. The NFL also said it had settled a similar complaint filed by Eric Reid.

“For the past several months, counsel for Mr. Kaepernick and Mr. Reid have engaged in an ongoing dialogue with representatives of the NFL,” the statement said. “As a result of those discussions, the parties have decided to resolve the pending grievances. The resolution of this matter is subject to a confidentiality agreement so there will be no further comment by any party.”

Kaepernick filed his grievance against the NFL in 2017, accusing team owners of violating the league’s collective bargaining agreement by colluding to keep him off a team.

Kaepernick sparked national debate in 2016 when he knelt at a football game during the national anthem. A San Francisco 49ers quarterback at the time, Kaepernick described his act as a form of silent protest against police brutality and racial injustices in the United States. Critics of the quarterback, including President Donald Trump, accused him of disrespecting the American flag and the military.

Kaepernick opted out of his contract with the 49ers at the end of that season and entered free agency, which would allow him to play with other teams. But he was unable to sign with a new team.

Reid, who joined Kaepernick in the kneeling protest, fared much the same when he became an unsigned free agent in 2018. He filed his own grievance against the NFL in May 2018. (Reid ultimately signed a new contract with the Carolina Panthers in September.)

The NFL Players Association released a statement on Friday applauding the settlement.

“We are not privy to the details of the settlement, but support the decision by the players and their counsel,” the association said.

The NFL and Geragos did not specify the terms of the agreement. Charles Robinson, a senior NFL reporter for Yahoo, noted in a tweet on Friday: “Sources previously said Kaepernick would only withdraw if a lucrative settlement was secured.”