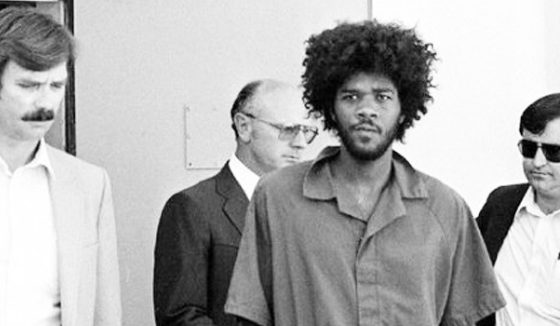 Gov. Jerry Brown on Monday ordered new tests of physical evidence in the case of Kevin Cooper, whose high-profile quadruple-murder conviction three decades ago has come into question in recent years.

Brown said in a statement that he was directing “limited retesting of certain physical evidence in the case and appointing a retired judge as a special master to oversee this testing, its scope and protocols.”

Cooper has maintained his innocence throughout the case and has claimed that law enforcement planted evidence and ignored statements by witnesses that pointed to other possible suspects. He has lost more than a dozen appeals.

Brown’s legal staff has been digging into Cooper’s 2016 clemency petition, discussing the case with both prosecutors and defense attorneys.

In July, Brown said he would consider Cooper’s request to order additional forensic testing in the case. Cooper’s attorneys have said some key items recovered during the investigation were never properly tested and should be analyzed using more current DNA technology.

The case dates to 1983, when three family members and an unrelated boy, 11-year-old Christopher Hughes, were found hacked and slashed to death in a Chino Hills home.

The boy’s father discovered the bloodied bodies when he went to the hilltop home looking for Christopher, who had not returned from a sleepover in time for church one Sunday morning.

Through the window, he discovered the bodies of Doug and Peggy Ryen, their 10-year-old daughter, Jessica, and Christopher. The victims had been stabbed a total of 143 times with an ice pick, an ax and a knife. The Ryens’ 8-year-old son, Joshua, was slashed across the throat but survived.

News reports at the time said the case shook the community so powerfully that homeowners began locking their doors at night and parents no longer allowed their children to attend sleepovers.

Two days before the killings, Cooper had escaped from a prison in Chino, where he was serving a sentence for burglary. Police found ample evidence — cigarette butts, a button from a prison uniform, a leather hatchet sheath — that Cooper had spent two days in a house near the Ryens’ after his escape.

He was arrested about seven weeks after the killings.

At the trial, jurors heard the lone survivor give a videotaped statement that conflicted with what he had said when he was first interviewed by authorities.

After Joshua Ryen was airlifted to a hospital, he told a sheriff’s deputy and a social worker that his attackers were three white men. An hour later, he said they were Latino. Later that month, the boy told a deputy that Cooper, who is black, was not the killer after he saw the man’s face on a wanted poster on television.

Jurors heard him say that he saw just one man or maybe a shadow in his home.

The clues at the Ryens’ unlocked home were scant: a bloody shoe print on a sheet in the master bedroom and a single drop of blood on a wall in the hallway.

At his trial and throughout the appeals process, Cooper’s attorneys argued that the San Bernardino County Sheriff’s Department had destroyed or suppressed evidence suggesting the attackers were three white men, including a convicted contract killer.

Meanwhile, Cooper repeatedly maintained his innocence. At one point, he told a prosecutor: “You’re trying to make me remember detail by detail. … I only know what I didn’t do.”

Cooper was convicted and sentenced to death in 1985.

In 2002, the attorney general’s office green-lighted additional DNA testing in the case. The results showed that Cooper’s DNA was on a bloody T-shirt found outside a bar near the Ryens’ home, on two cigarette butts inside the family’s stolen station wagon and in the blood droplet inside the home.

But the U.S. 9th Circuit Court of Appeals intervened eight hours before Cooper’s execution in 2004 to order more tests on the T-shirt.

Tests later revealed that Cooper’s blood stains on the T-shirt had a high concentration of the chemical EDTA, which is used to preserve blood samples in police labs. Cooper’s attorney argued that the blood was planted.

The San Bernardino County district attorney’s office sent a 94-page memo to Brown in May refuting Cooper’s arguments and vehemently opposing any grant of clemency.

Also on Monday, Brown issued 143 pardons and 131 commutations as part of his traditional Christmas Eve act of clemency.

Most of those granted clemency had been convicted of drug crimes or other nonviolent offenses. Among them is Dawn Heather Steels, now known as Heather Burnett, who in 1999 was convicted of possession of ephedrine with intent to manufacture methamphetamine. She served one year in prison and three years’ probation. Burnett went on to work as a health and addiction counselor in Butte County. She and her husband, Jason, lost their Paradise home in the Camp fire. The governor pardoned Jason Burnett for a drug conviction on the day before Thanksgiving.

In recent years, Brown has issued pardons to individuals at risk of deportation under stricter immigration enforcement by the Trump administration. Monday’s pardons included four people whose convictions could lead to deportation, including Houth Chhang Taing, who has been a legal U.S. resident since he arrived as a refugee from Cambodia at the age of 5. Taing was convicted in 1996 on a number of charges after he and two others held up a charter bus. Taing served 19 years in prison and is on active parole. Since his release from prison, he has volunteered with groups that aim to reduce recidivism by assisting people leaving prison.

Two other pardons were issued earlier this month to individuals who were facing immediate deportation.

Also receiving a pardon was Bill Honig, the former state schools chief who was known as an ambitious crusader for education reforms. Honig was convicted in 1993 of conflict of interest with a government contract, after a nonprofit group led by his wife received more than $300,000 in government contracts. The conviction forced Honig to step down, but he remained active in education organizations after serving one year in jail and nearly four years of probation.

The California Supreme Court on Monday rejected Brown’s attempt to commute the sentence of Kenny Lee, who is serving a life sentence for the 1992 robbery and murder of a cab driver. Lee has been in prison for 19 years, where he earned his GED and participated in various self-help groups.

The state Constitution requires that, in cases where an individual had committed more than one felony, a Supreme Court recommendation is necessary for a pardon or commutation. On Friday, the court declined to recommend three other commutations sought by Brown.

A representative for the governor’s office declined to comment.

Since Brown returned to the governor’s office in 2011, he has issued 1,332 pardons and 282 commutations, far surpassing his recent predecessors as well as outpacing the 405 acts of clemency during his first two terms as governor.