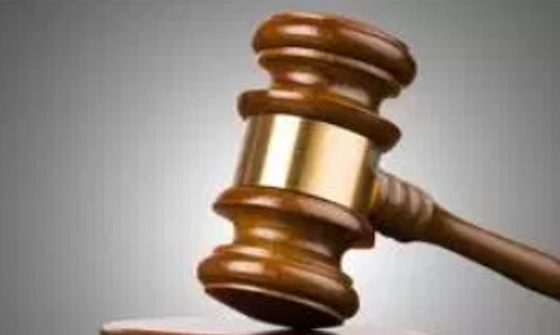 A former San Bernardino County Sheriff’s deputy faces two years in state prison when he receives a final sentence early next year for charges that linked to him having sex with female inmates at the Morongo Basin Station jail, court records show.

Brian Derryberry, who was charged in July 2016, entered pleas on the case Dec. 4, according to court records.

Derryberry, who state records show is currently a licensed real estate salesperson, was fired as a deputy around the same time his arrest was announced by sheriff’s investigators.

The jail, which can hold 79 inmates, is part of the sheriff’s Morongo Basin Station in Joshua Tree.

Under a Vargas waiver that will allow him to remain out of custody until he reports for final sentencing on Feb. 1 at the Victorville Courthouse, Derryberry pleaded guilty to all nine charges he faced and received a maximum possible sentence of 35 years to life.

Deputy District Attorney Jason Wilkinson, who prosecuted the case, said Thursday that Derryberry received the maximum sentence to ensure he follows all the Vargas waiver rules and returns to court to complete the plea agreement he reached.

Derryberry will then plead to one count of sodomy and one count of a criminal threat, and receive a sentence of two years in state prison. The prosecution will move to dismiss the other seven charges against Derryberry, Wilkinson said.

Wilkinson said Derryberry will be required to register for life as a sex offender, and will undergo a psychological evaluation when he is considered for parole.

The Vargas waiver allows a court to impose the larger sentence as a measure to assure a defendant who is out of custody, but has pleaded in the case, returns for final sentencing.

The requirements for a defendant are similar to probation rules, including keeping all law enforcement appointments, obeying all laws, and being subject to search without consent or warrant.