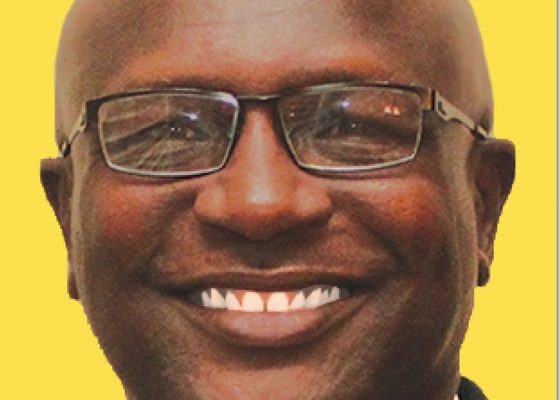 ADELANTO, CA. Harold Hines, the Senior Pastor at Kingdom Life Christian Center in Adelanto, is now a candidate for the Adelanto City Council. For the last 2 years, he and his wife have been feeding those in the community that are food insecure, providing clothing for those that are in need.  His outreach efforts in the community provided insight, a perspective from the people, and a call that was hard to ignore. While listening to the needs of the residents, Pastor Hines felt that call to serve in a greater capacity, and decided to run for the Adelanto City Council.  That’s why his theme is “Moving Forward Together”.

Hines says the entire city has numerous issues that need to be addressed, and he believes that he is uniquely qualified to address some of these concerns.  He has been a small business owner, with his own life insurance agency for the last 24 years; Serenity Insurance & Financial Services, and he has served on several local boards including, the NAACP Executive Board, the Victor Valley Rescue Mission, and currently serves on the Victor Valley College Oversight Board.  His plans include attracting living wage jobs to Adelanto, bringing a state of the art youth center to the city, and expanding the economic base of the city by doing what has been successful not only in South Los Angeles, but all over the United States.  Mr. Hines would like to bring “empowerment zones” to Adelanto where businesses receive tax credits and community development funds to bring their business to the city. He has been endorsed by outgoing Councilman, Charlie Glasper. Pastor Hines believes the city needs some new leadership and a fresh perspective and he is ready to answer the call.