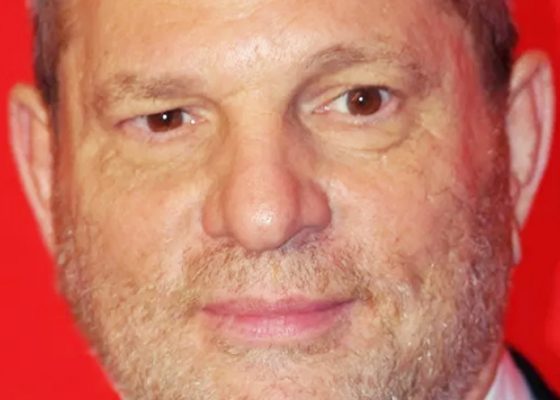 Is Bill Cosby paying the price for all of the sins in the #MeToo era, even though his conviction was based on something outside of that protest?

And, that argument grew louder when prosecutors in New York announced they were dropping portions of the criminal charges against disgraced movie mogul Harvey Weinstein.

The tossed charge — count six — involves allegations made by one of the three accusers in the case, Lucia Evans, who was among the first women to publicly accuse the disgraced movie mogul of sexual assault, according to Page Six.

In an exposé published in The New Yorker a year ago, Evans accused Weinstein of forcing her to perform oral sex when they met alone in his Tribeca office in 2004 to discuss her fledgling acting career.

At the time, Evans was a 21-year-old college student.

Assistant District Attorney Joan Illuzzi-Orbon told the judge this week that prosecutors wouldn’t oppose dismissal of the count in the case involving Evans.

Weinstein’s lawyer, Benjamin Brafman, told the judge he believed Evans had lied to the grand jury. He also said he believed a police detective had corruptly tried to influence the case by keeping a witness from testifying about her misstatements.

“The integrity of these proceedings has been compromised,” he said.

Weinstein’s attorneys and prosecutors had been wrangling over the part of the indictment concerning Evans’ allegations over the last few weeks in closed-door meetings and sealed court papers, Page Six reported.

In Harrisburg, Pennsylvania, about 90-minutes from the Norristown courthouse where Cosby was convicted in April on three counts of aggravated indecent assault, some individuals approached by NNPA Newswire said they believe the entire Weinstein case will ultimately be tossed.

The difference between Cosby and Weinstein is quite simple,” said Walter Cohen of Harrisburg. “Even though they are both rich and famous, Weinstein is white, and Cosby is Black. I know that sounds too simple, but the problem people have today and with this #MeToo movement is reading far too much into things,” Cohen said.

Samantha Devers pointed out that Cosby’s accusers were mostly white and the woman he was convicted of was also white. “A Black man, white woman. They had to teach not just Bill Cosby a lesson, but they had to send a message to all Black men — and those who don’t get it better quickly wake up,” said Devers, an African-American woman.

Sean Boyd, another Harrisburg resident, said Cosby is paying for the sins of Weinstein and others. “Look, on the day Cosby was sentenced, [Comedian] Louis C.K. did a comeback show and [Filmmaker] Roman Polanski announced a new movie,” Boyd said.

Louis C.K. had been embroiled in a sex assault scandal of his own and Polanski famously pled guilty decades ago to charges involving sodomizing a 13-year-old girl. Polanski fled the country and has never served time, yet has went on to win an Oscar and, until the recent #MeToo movement, the support of Hollywood heavyweights.

“When you look objectively at Bill Cosby’s case, he was dating this girl and she wanted what he couldn’t give her, so she cried foul and got millions of dollars from Cosby and yet, years and years later, they come with what I believe were bogus charges against Cosby and the judge and prosecutor made sure they sent him away,” Boyd said.

It’s also no secret that after Cosby’s sealed civil deposition was released in 2014, attorney Gloria Allred brought forward at least 30 women with claims against Cosby. Allred asked that Cosby put $100 million in a trust for the women and allow a magistrate to decide if they could get the money.

Allred’s daughter, attorney Lisa Bloom, initially represented Weinstein. She said, “everyone deserves the benefit of the doubt,” and that Weinstein was “repentant.” After some backlash, Bloom dropped Weinstein as a client.

“She never tried to give Cosby the benefit of the doubt,” Boyd said. “That’s what this whole thing has been about. It’s like out of the Jim Crow era. They will stick up for their own and they will make sure that a Black man pays.”