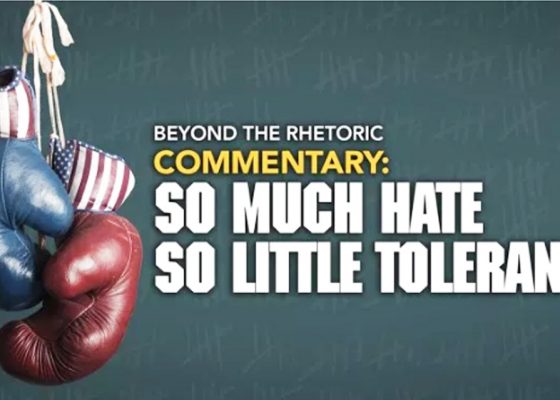 The Democratic Congress is going through a mental crisis at the expense of our normal political process.

Political rivalry is as much a part of Americana as “Red, White and Blue.” We expect it and cheer on whatever side we support. Throughout the history of our great nation, elections would bring much debate and comparisons as to whose side or positions would be best for the future of our nation.

I remember fearing the thought of Barry Goldwater becoming our nation’s president. I thought he was a maniac – a civil rights hating racist and a war monger. Not too long after that 1964 election cycle, I would be depending on Senator Goldwater to save my future.

We were in Army basic training at Ft. Jackson, South Carolina. From there we would go to Infantry Officer Candidate School in Ft. Benning, Georgia. President Nixon decided that we were going to withdraw from Vietnam and, thus, the Army needed to reduce its manpower. They determined to stop us from going to Officer School (i.e. renege on our contracts with the US Army).

It seemed like we were destined to be “screwed.” However, one of our compatriot’s mother worked for Senator Goldwater. He called his mother about the betrayal and she quipped “I will tell Uncle Barry about this.” The next day our contracts were back in force. Barry Goldwater had compassion for us and stepped up to protect us. He wasn’t that evil, “fire breathing” mongrel I thought him to be.

The above experience taught me to understand that American politics should be restrained from hatred. There should be tolerance of other views. We should choose our political sides, debate and then elect a winner. Whoever that winner is, he becomes our leader for a set period and will be re-elected or not depending on the popularity of his performance. We move on regardless of the outcomes. This is about the prosperity of America and how we do it is up to the voters. We win some. We lose some. But life goes on under the sweetness of democracy and the guarantee of freedom and individual rights.

Sadly, since the latest federal election something has happened to our current state of minds. The political sides – Democrats and Republicans- have become intolerable of each other.

The Democratic Party seems to be hurt from the 2016 election. They were so sure of victory that the defeat is not being accepted too well. In more peaceful times we would all say, “If you don’t like it, deal with it at the next election.” That type of patience does not seem to be tolerable any more.

Democratic party members are becoming venomous in their attitudes and the making of their new platform. They are so anti-Trump to the point of it being an attitude of resistance, obstruction and hatred of anything that supports our current Administration. TDS – Trump Derangement Syndrome – is real. Families are being broken up or becoming dysfunctional because of the last election.

The current Supreme Court nominee selection process is a great example of this. No matter who President Trump selects for nomination, the Democratic wing of Congress is going to oppose it in a fanatical matter. Trump nominee Brett Kavanaugh seems to have an impeccable record since becoming a judge. His over 300 judicial decisions are mainstream and without question illustrate good juris prudence. However, he is a Trump nominee and, thus, must be stopped by any means necessary, according to the Democratic side of Congress. They have not “thrown the kitchen sink” yet but just about every trick, ethical, unethical or even illegal, is being tried.

One example is encouraging a mentally challenged individual to place a formal complaint of sexual assault against nominee Kavanaugh. An alleged act that happened over 36 years ago. She requested discretion about the handling of this. What did they do? They leaked her accusation to the national press and paraded her on national television and gave her a questionable legal representative. They have put an “accuser” who needs medical help and privacy in a position of traumatic exposure. You must feel sorry for her.

If that is not enough, they have two more “accusers” who claim either sexual indiscretion or down right gang rape. Yes, they are trying to paint a sleezy, criminal picture on a human being who has played by the rules and has lived a great, impressive American life. Hopefully, the Federal Bureau of Investigation will settle this matter soon. He has already successfully completed six previous FBI investigations covering the same period of time. However, it would not be too surprising if they try some more shenanigans, moral or immoral, legal or illegal to stop this nomination from going through.

The Democratic Congress is going through a mental crisis at the expense of our normal political process. Somehow, I hope this will straighten itself out through the next elections that are coming up. Dear Lord, may our voters and elected officials come to their senses and end this hatred and lack of tolerance.