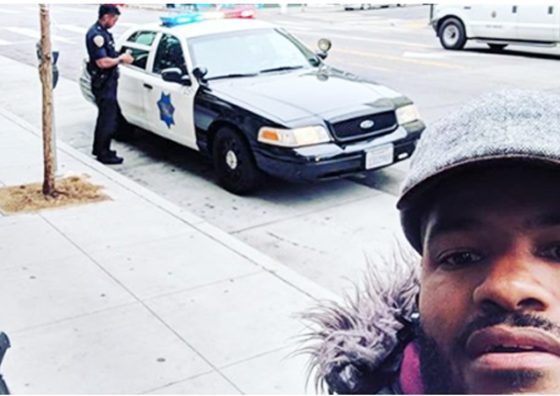 San Francisco, CA — Viktor Stevenson, a Black business owner of a high-end lemonade kiosk in San Francisco, had the police called on him after someone mistook him for a robber while he was opening up for business. It was a terrifying incident for him and his family, but it somehow turned out positive when he started to receive overflowing support from the community.

Stevenson was just checking the security system of his store, Gourmonade, to make sure that it’s safe from robbers when he himself was mistakenly accused of being a robber. Four cops showed up to his store with “guns almost drawn” because somebody in the neighborhood apparently called 911 saying he was breaking into his own business.

He had to show the police his store key and ID just to prove that it was actually his business. He also told the police that he was talking with the security agency on the phone that time.

Stevenson said it happened three days after the grand opening of his store but it was not the first time he experienced racial profiling even though he’s just doing business. Back when he was setting up his store a few months ago, someone wrote a graffiti saying “monkey juice” on the side of his store.

He shared in an AJ+ video how he was worried mostly as a husband and a father now that his family had to get through it. His 9-month-old son knew as if there was something wrong with his daddy and would not let him go.

His wife, Santhia Stevenson, had nightmares and would wake up screaming and crying. She said, “I’m just sitting at home, just thinking about, would he be home safe? Or will I get a phone call if something happens. You never know. It’s just terrifying for me.”

Meanwhile, Stevenson posted a video on Instagram with a caption, “People die because of this kinda misuse of police resources and racial profiling everyday. I’m just blessed to be alive to tell my story and hopefully can help spark some major changes in how these situations are handled.”

The police department hasn’t released any statement about the incident yet.

If there have been any good from what happened, it is the outpouring support that his business got from the community. The following days, Gourmonade would sell out of stock in just two hours. A lot has also been requesting cross-country shipping to as far as Virginia and Missouri.