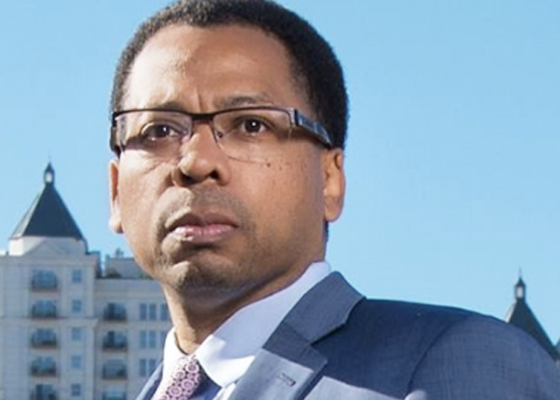 Delma Jackson’s New Year’s morning started with a shocking photo on her cell phone—an image of a man’s beaten, bloodied, swollen face. He was so badly disfigured; she initially could not tell it was her husband.

Her husband, Miguel Jackson, was an inmate at a south Georgia prison, when prison guards beat him with a claw hammer in December of 2011, an attack captured on video. You can watch it here:  https://www.youtube.com/watch?v=19XKFMNntus

Horrified, Delma Jackson called the prison for answers. She got none. She wasn’t even sure if her husband was alive or dead.

Delma Jackson paged through the Yellow Pages—the thick-book version and the online option—to find a lawyer who would get both justice and answers. Attorney after attorney turned down her case.

“No one would touch it,” Delma Jackson said. “I had the photos to show, but no one would help. . . except Mario.”

Mario is Mario Williams, an Atlanta-based civil rights attorney who took a winding road to become one of the nation’s foremost legal advocates for those in need. The bulk of his cases focus on civil-rights violations, police misconduct, prisoners’ rights, and wrongful incarcerations. A tall, jovial African-American who likes horror movies and rollercoasters, Mario Williams the legal advocate of last resort for those too poor or too unconnected to attract government agency or big law firm.

Now, Williams is preparing to lead an unprecedented $20 million legal campaign to investigate and uncover the ties of political and business leaders to white supremacist groups. He wants to dig up their secret rivers of money and shame them into cutting off the extremists. Pretty heady stuff for a guy who initially wanted to be an environmental lawyer.

Libre by Nexus is where the $20 million war chest is coming from, a Verona, Virginia-based firm that guarantees bail bonds for immigrants, to win their release and to reunite them with their families. The for-profit company, founded by Michael Donovan and Richard Moore in 2012, gives away millions of dollars each year to fund free legal aid. Each of these men were jailed in their college days and remember how hard it can be for prisoners to get a fair shake. Libre by Nexus tagged Williams to be the point man in its probe of white supremacists.

”Mario is fearless in advocating for those without a voice,” said Micheal Donovan, co-founder of Libre by Nexus. “A lot of idealists learn of the (civil rights) abuses and it shocks them so much they can’t do anything. With Mario, he is personally offended and it fuels him to act. He didn’t lose his ideology. And that’s hard to find in an attorney.”

Donovan added his company is targeting and funding the suits against “white supremacist organizations that masquerades as militias when they are really re-formed hate groups like the KKK.”

The goal is to find the funders of these extremist groups “that advocate violence” and sue them into submission. “When they advocate violence, like in the case of Charlottesville,” Donovan said, they must be held accountable.”

This fires up Williams. “This is big stuff. Huge,” he said. “I am excited and proud to be a part of an effort that is looking to make sweeping changes in racial injustices and attitudes.”

Williams’s odyssey began in the unlikeliest of places: the poor towns of Central America, where he served in the Peace Corps, teaching environmentalist practices to villages in the 1990s. There he saw the real price paid by the poor and the powerless.

Williams, now 46, cites New Orleans and three cities in Texas as his hometowns. He graduated from historically black Morehouse College in Atlanta. Giving up his early career plans to become an environmental attorney, at Morehouse, Williams said he was inspired by his professors and fellow students to consider working in the human rights arena. “Much of the major civil rights events took place right in Atlanta,” he said. “Martin Luther King went to Morehouse. It was in the air.”

That led him to the Peace Corps—and the experiences that changed his life. In Honduras and other Latin American countries, Williams spent three years helping to bring clean water to some of the world’s poorest people by putting his hands to work as much as his mind. He helped build many down-flow gravity water systems and effective filtration tanks in the hills of remote villages.

The systems produced clean, drinkable water, saving countless lives. “It was a human rights violation that they did not have potable water,” Williams said. “Kids were dying, people were getting sick because of the water. In the U.S., we just turn on the facet and we have water ready to drink. We take it for granted. It’s not like that in many parts of the world.”

The plight of the Central Americans’ struck a nerve in Williams. That, he said, is when his desire to be a servant got real.

He went to Lewis and Clark and earned his law degree, passed the Georgia state bar exam, and worked in Santiago, Chile for seven years, where helped reshape environmental codes.

In Atlanta, he has been named one of the top-rated civil rights attorneys and been selected as one of that city’s “Super Lawyers.”

But the “Super Lawyer” will take calls and cases from nearly any one, without ego or formality. Cases like those of Delma Jackson’s husband.

“Mario was right on it,” Delma Jackson recalled. “We met him on a Monday. Showed him the photos and gave him the background on my husband and he knew exactly what do, what motions to file. Tuesday, he was down there at the prison. Wednesday, we met with him again.

“There have been so many elements to my husband’s case, including being sentenced for 50 years for an armed robbery in 1996 when he was 20 years old. Fifty years. Mario has been there every step of the way. There are a lot of injustices out there. We need more people like Mario. He’s been so committed, it’s amazing. He’s like family now.”

No charges were brought against the prison guards, despite Williams’ best efforts. The case is now in summary judgment as Williams continues to seek justice. “One issue I began to have is ‘How do you sleep at night?’ he said from his desk at his downtown Atlanta law office. “I have seen so much denial of human rights in Central America and, sadly, denial of civil rights of non-white people here in America. It’s simply not right. The abuse of power of (law enforcement, correction officers, etc.) is rampant.  So I chose to do for others. Doing this work means something to me, everyday fighting for people’s rights and for justice.”

If that sounds a bit Pollyanna-ish, Williams does not care. For him, it is real. He and his wife, Julie, are partners in the Atlanta law firm Williams Oinonen, LLC, which specializes in civil rights, business and government law, share the same vision. In other words, they fight the fight.

“Emotionally, it gives me a sense of completeness,” Williams said. “There is something very rewarding in battling for rights for people, or protecting people’s rights. It means something to me emotionally on a daily basis. It is a real responsibility knowing people rely on me to make systemic changes. And I enjoy it because it means so much.”

The satisfaction that comes from winning cases doesn’t last long. After, he won a jury award of $350,000 for the family of Terrance Dean, an imprisoned Georgia black man who was brutally beaten by guards, Williams said he was elated and happy for the family. . . for about an hour. Then, he said, it is “on to the next (case).”

“I’m a put–your-money-where-your-mouth-is guy,” Williams said. “(Donovan) is willing to fund justice and human and constitutional rights. He and Richard (Moore, co-founder) really believe in this mission. And when you have the financial resources and support, you can do strong work.”

Moore, a Libre by Nexus co-founder, appreciates Williams combative sense of justice: “To walk into a room and meet a client and commit to walk alongside him in his legal journey. . . Mario has a passion and commitment to fix the wrongs of people he doesn’t know. His track record proves it.”