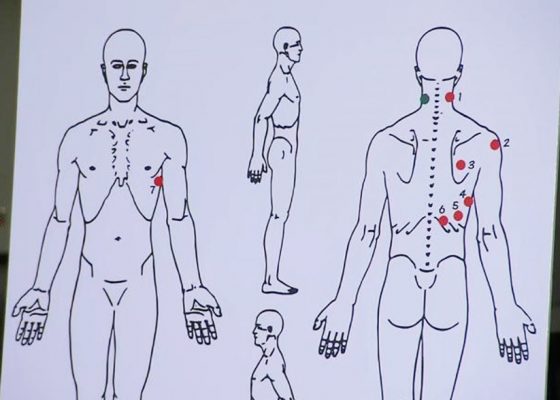 SACRAMENTO – The family of Stephon Clark’s independent autopsy revealed that the 22-year-old man was shot eight times by two Sacramento police officers in the backyard of his grandmother’s house on March 18.

Six of the bullets hit Clark in the back, said forensic pathologist Dr. Bennet Omalu, who conducted the examination. Clark also suffered gunshot wounds to his right side and left thigh. The Sacramento County Coroner’s Office has yet to release its autopsy report.

He partly based his results on a video of Sacramento County sheriff’s helicopter that caught moving images of the shooting. The officers responsible for the shooting were wearing body cameras that were distorted from the view on the ground.

The autopsy was completed on March 28, Dr. Omalu said.

“I saw the video from the helicopter (March 29),” Dr. Omalu said. “The autopsy findings, as confirmed, would be consistent with the video documentation of the forensic scenario.”

The police say they were in pursuit of Clark after they received a 911 call of someone breaking windows of cars in the area around 29th Street and Florin Road.

“Death took about three to 10 minutes,” Dr. Omalu said of Clark’s fate. “Meaning that out of all seven, all he need to have died was just one of the seven (bullets). It was not an instantaneous death.”

The police first said Clark had a crowbar, and then a gun when they confronted him in the backyard. It was later reported that Clark was unarmed and with a cell phone. One of the police unions released a statement that the father of two boys was in a “shooting stance,” which triggered them to use force.

“The narrative has been put forth was they open fire because he was charging at them,” Crump said during the news conference. “Dr. Omalu’s findings and the family autopsy, it suggests all the bullets were from behind.”

After the news conference, Crump was asked if he knew what type of bullets and weapons were used in the shooting.

“I do not know at this time,” Crump said.

Dr. Omalu just left the San Joaquin County Coroner’s Office after he felt that the sheriff’s department in that jurisdiction was allegedly interfering with the results of officer-involved shootings. Dr. Omalu resides in the Sacramento area.

After his findings were revealed in front of many local community leaders, they thought of murder charges emerged for the police officers responsible for Clark’s death.

“The narrative that they’ve (Sacramento police) painted does not match the autopsy that we see today,” said Rashid Sidqe, member of the Law Enforcement Accountability Directive. “I look forward to hearing their response to this and their coroner’s report. But we need prosecution in this case. It speaks for itself.”