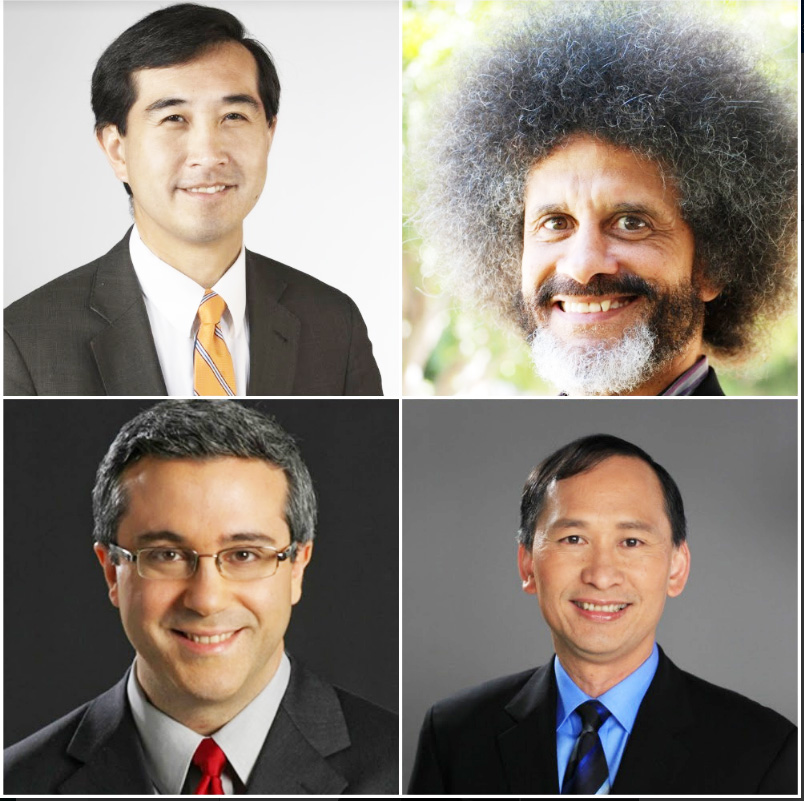 “Nothing  has  changed  except  the  year”

SAN FRANCISCO — The COVID 19 pandemic, which has dominated the news throughout much of 2020, took a knee this week, as the U.S. turned its collective zeitgeist to the issue of police brutality against African American men.

Cities across the nation erupted in civic unrest over the alleged murder of Minnesota resident George Floyd. Former Minnesota police officer Derek Chauvin pressed his knee to Floyd’s neck for almost nine minutes, not letting up even as the victim pleaded: “I can’t breathe,” before becoming unresponsive. Chauvin has been charged with second degree murder and manslaughter. Three police officers, Tou Thao, Alexander Kueng, and Thomas Lane, have been charged as accomplices in Floyd’s death and jailed.

“Black lives just don’t matter. That is the bottom line here. Black lives haven’t mattered since the inception of this nation,” said Dr. Jody Armour, a professor of law at the University of Southern California, during a June 5 briefing organized by Ethnic Media Services.

Armour said there is a “wash, rinse, repeat” cycle to addressing the civil rights of African Americans.

Armour’s first book, ‘Negrophobia & Reasonable Racism: The Hidden Costs of Being Black in America’ was published in 1997 by New York University Press. “It was really about every one of the issues we’re talking about today,” he said.

“Nothing’s changed, except what year it is,” said Armour, adding that each time there’s an eruption over police brutality. commissions are convened, public hearings are held, people vent their frustrations, and interventions — such as the use of body cams and implicit bias training — are put in place.

Armour, along with three other speakers, called for cities to de-fund their law enforcement budgets and re-route the money to social services, with an aim to staunching the numbers of African American hostile encounters with police and addressing structural racial and ethnic inequities.  He encouraged cities like New York, where 200 police officers actively arrest subway turnstile jumpers, to re-focus on high-level crimes.

Dr. Tung Nguyen, an internal medicine specialist at the University of California, San Francisco, described racism as both a social determinant of health and as a disease itself.  “Police brutality is a disease vector,” Tung said.

“Chronic exposure to racism causes the body to change adversely to the release of stress, hormones, and neurotransmitters,” said Nguyen, adding: “We also know that acute exposure to racism can lead to death,  as in the case of the recent killings of George Floyd, Breona Taylor, and Ahmaud Arbery.”

An expert on health disparities, Tung noted that one out of 2000 black Americans have died in the pandemic, and their mortality rate is two to three times more than white people.

“The pandemic has severely stretched all of our dysfunctional systems — health, economic, legal, and political — to their limits and broken them. We can no longer pretend that they were good enough. They were never good enough, except for those of us who enjoy privilege,” stated Nguyen.

Nguyen noted the absence of data for minority communities needs to be corrected but added that “I’m not a typical academic research who only asks for more data. At my university, it seems like every single black man, from the janitor to the tenured professor has a police encounter story. To me, that’s data.”

Nguyen reiterated the point in his final statement. “One out of 1000 black men can be expected to be shot by the police in their lifetime. We don’t need more data.”

Thomas A. Saenz, President and general counsel for the Mexican American Legal Defense and Education Fund, expressed his hope that the nationwide rage against Floyd’s brutal death, would result in some tangible interventions.

“It’s ironic that today we are experiencing these crises under perhaps the most openly racist and exclusionary president,” said Saenz.

Saenz warned against “perpetuating and even facilitating discriminatory disparities which our underlying culture still accepts… if we cannot attribute them directly to intentional and openly-expressed racial discrimination.”

As the nation begins to recover, Saenz predicted that people of color will be the last to be hired.

The civil rights advocate noted that most undocumented people have Individual Taxpayer Identification Numbers and pay taxes but did not receive $1,200 stimulus checks. Education Secretary Betsy DeVos has stated that immigrant students are ineligible for emergency financial aid.

Saenz also warned that the pandemic has already impacted the 2020 Census and will likely lead to an under-count of African Americans, Asian Americans and Latinos. “This will have long-term impacts throughout the decade, not only on political representation of those groups, but on funding for services to those communities,” he said.

“Asian Americans have not always stood up for the African American community, and that has to change,” stated Yang, adding: “I do think that this moment with George Floyd has caused us to see things differently.”

“The community, I think, has responded with more solidarity that have, I have seen than in past incidents,” he said.

Many Asian American civil rights organizations have lambasted former Minnesota officer Thao for standing by as Chauvin pressed into Floyd. In the video, Thao can be seen trying to shoo away bystanders.

“Part of the answer is having those hard conversations with our own community, recognizing our own biases and tying to come up, developing a path forward from there,” he said.