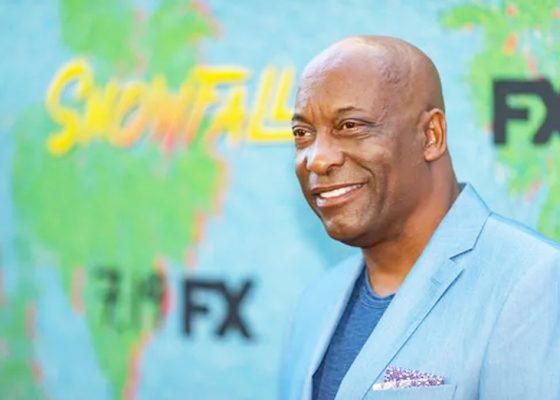 John Singleton, the Oscar-nominated director and screenwriter behind films like “Boyz n the Hood” and “Poetic Justice,” has died after being taken off of life support following a stroke earlier this month, the Associated Press reported Monday.

“It is with heavy hearts we announce that our beloved son, father and friend, John Daniel Singleton will be taken off of life support today,” Singleton’s family said in a statement earlier Monday via his spokesperson. “This was an agonizing decision, one that our family made, over a number of days, with the careful counsel of John’s doctors.”

The family continued in the statement: “We are grateful to his fans, friends and colleagues for the (outpouring) of love and prayers during this incredibly difficult time. We want to thank all the doctors at Cedars Sinai for the impeccable care he received.

The family also said in the statement that Singleton “like many African Americans …quietly struggled with hypertension.”

Singleton’s family said that “in his private life, John is a loving and supporting father, son, brother, and friend who believed in higher education, black culture, old school music and the power of film.”

The hashtag #RIPJohnSingleton was trending on Twitter Monday morning as thousands of tweets poured in, first with condolences and then with confusion.

His family revealed he’d suffered a stroke on April 17.

“… Our beloved son/father, John Singleton, suffered a stroke while at the hospital…” said the statement, provided to USA TODAY on April 20 by spokesperson Shannon Barr. “We ask that privacy be given to him and our family at this time and appreciate all of the prayers that have been pouring in from his fans, friends and colleagues.”

Taraji P. Henson said she and Tyrese Gibson visited Singleton in the hospital, writing in an Instagram post on Saturday: “You heard my voice and jumped up. I HAVE HOPE AND FAITH BECAUSE I KNOW THAT #GODIS.” Henson, who starred in Singleton’s “Baby Boy,” urged people to “keep praying.”

When news broke of Singleton’s stroke, prominent celebrities took to social media to wish him a speedy recovery.

“His films helped form me. His kindness lifted me up,” wrote Ava DuVernay. “I remember him coming to the premiere of my indie years ago. Showing love/support for a fellow black director from LA. He is a lovely man. Pray with me.”