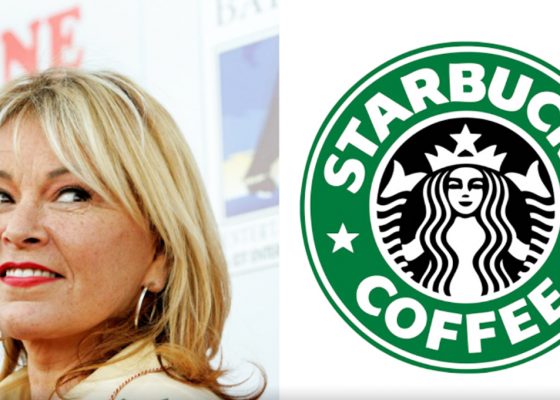 Clearly communicated policies and values build corporate diversity success — treating people right is not an option for a well-run company.

May 30, 2018 Luke Visconti is the founder and CEO of DiversityInc. Although the title of his column is meant to be humorous, the issues he addresses and the answers he gives to questions are serious — and based on his 18 years of experience publishing DiversityInc.

By making Wednesday’s diversity training optional, Starbucks revealed top management in decision about its own principles and how to treat customers.

Do you think Roseanne would attend diversity training, or skip it? Who needs it more? And let’s be very clear — diversity training is not “sensitivity” training; it’s competency training. Your bigotry, biases and offensive opinions expressed in the workplace (or on your Facebook page) drain productivity of other employees and sour your brand with customers.

The latest nonsense was expected by everyone reading what she has been writing — but, as Maya Angelou warned us, you have to believe people when they tell you who they are.

It is policy and culture that dictates the baseline for employee behavior; training can only supplement good culture — and considering the workplace is a fluid movement of people coming and leaving, training is important to help people maintain a consistent knowledge of the company’s policy and culture, as well as try to mitigate destructive “facts” some people pick up from childhood and Facebook.

Johnson & Johnson: Company culture is established by policy — J&J behavior is defined by “the credo,” a one-page statement of values that works very well as a decision-making matrix. The first line of the credo is: “We believe our first responsibility is to the doctors, nurses and patients, to mothers and fathers and all others who use our products and services.” No company is perfect, but in my almost 20-year experience observing J&J, top management has consistently felt that race and gender are inclusive in that statement — in other words, all doctors, nurses and patients — all mothers and fathers.

It is so important to the current CEO, Alex Gorsky, that he had the credo etched in glass and mounted in front of his desk, floor to ceiling. You can’t mistake where Alex stands.

Over the 18 years we have been conducting the DiversityInc Top 50 competition, Johnson & Johnson has always been competitive. This year they were number one and Gorsky received our inaugural Global Inclusive Leader Award.

The other example I have for today is Marriott. I have never seen corporate culture and policy better understood by every frontline customer-facing employee than the nice people who work at Marriott. Marriott has an excellent values webpage.

My favorite Marriott story is when we had Bill Marriott Jr. speak at one of our events. It was in the middle of the campaign for California Proposition 8 (“proposition hate”), which was an anti-gay bill up for popular vote. Mr. Marriott is a devout Mormon, and his church came out in favor of Prop 8. I did not know if he was going to address it from our podium, but he did. I’ll never forget his emotional voice telling us that his public opposition to Prop 8 did not make him popular in his own church — but he asked, “How could we treat our customers and employees like this?” Obviously you can’t without the kind of ethical dissonance that destroys cohesive culture.

I will add one more thing about Marriott. I am vice chair of the board of National Organization on Disability (NOD). Gov. Tom Ridge is chair. Tom had a very serious heart attack while staying at a Marriott hotel in Austin, Texas. He told me that he made it to the phone to call for help — and woke up six days later. Marriott employees raced to his room and saved his life. That’s the result of Marriott’s empowerment and respect of their frontline people — and clarity in standards, values and ethics.

David Rodriguez, Marriott’s chief human resources officer, has devised and implemented a series of Marriott funded benefits to their hourly workers, the best I have ever seen. They cost money, and they can’t directly measure the benefit from their investment, but as David has told me, Marriott’s executive leadership (led with personal witness by CEO Arne Sorenson) is convinced that doing the right thing by their frontline workers will result in better customer service (resulting in better business, customer satisfaction and loyalty). This philosophy is codified in their stated policy and values webpage.

It certainly worked for Gov. Ridge, who would be dead if the person on the other end of the phone had not felt empowered to take immediate action.

‘Roseanne’ Tries to Make it OK for America to Hate Again

I wish Starbucks well, but this training was a waste of time. By not addressing ethics and values, starting at the top of the company, Starbucks made a strategic error in making the training optional. This is not a small mistake; it is a symptom of a failure of corporate culture that first emerged with the #RaceMatters catastrophe in 2015. I believe it is reflected in the fact that their stock price has been skating sideways ever since the #RaceMatters failure. If #RaceMatters is truly important to you, is diversity training optional?