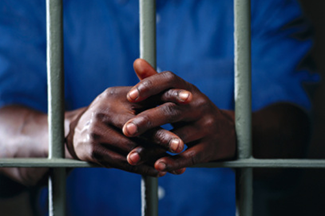 Forgotten Prisoners, we are starting production soon for David’s documentary.

David Dew, also known to the State of California as C-67417.

There are no photos, there is hardly any remembrance of David then at 23 years old. Like he has not existed, but he has, and is very much alive. Now he is 65 years old, he has been wrongfully incarcerated for thirty-nine years within the walls of The Correctional Training Facility. Soledad has been his home for thirty-seven of those years. Convicted for second degree murder, a crime that he did not commit, and set up by the Color of Law who was supposed to protect and defend him, through San Diego, CA. (Currently David is at California Men’s Colony, San Luis Obispo) Now awaiting his appellate decision for FREEDOM!

David offered a ride to two men that asked David to use his van to pick up items from where one of the individuals was moving from, in 1982. David waited in his van listening to music as words were exchanged by the two men and the gentleman, he wanted no part of arguing. While inside one of the two men killed the man of the house. They put their stuff into the back of David’s van, and they drove away. David did not know anything about the murder until two days later. One of the men came and told David he needed to go to Mexico with him. He asked, “why do I need to go to Mexico? I am not going anywhere.” His soon to be co-defendant told him, “The other guy killed the man inside the house, where you gave us a ride to.” David punched him out. “Do you realize I drove you guys? They are going to come and question me.” And they did.

The detectives did question David and never let him go. The two men were found and the one who committed the crime, wrote three letters to legal counsel stating that David had no idea about the murder, did not take part, or have any knowledge of it. They were sent to David’s Public Defender John T. Philipsburg. The Public Defender who was supposed to defend his client, instead went to the motel and coaxed a “hooker” Ramona Price to say she saw David go into the house. She never showed up in court, her statement was thrown out as heresy and inadmissible documents, along with the murder, at the preliminary hearing over 38 years ago. She was also dating the chief investigator of this crime.

When David asked Mr. John T. Philipsburg about the letters he received from his codefendant, he did say that he received them, he then said, “the judge probably won’t even look at them, I don’t know what happened to them, I lost them.” David knew he was in trouble and had to take the plea. The public defender told him, “The judge wants to give you 15 to life, you’ll probably get out in 7, or you may get the death penalty.” David changed his plea eight times and even fired John T. Philipson because he was not comfortable with what was happening. Philipson told David, “Shut the f… up, you are not changing your plea again and you are not firing me either.” The Judge, the DA and John T. Philipson convicted David for second degree murder on hearsay and inadmissible documents that were thrown out, at the preliminary hearing over 38 years ago, even recognized by the then judge Langford stating to Philipsburg, “your client doesn’t like the accessory second degree murder rule, does he?” The San Diego judiciary system set him up and convicted David to Murder by Incarceration and forced him into their systemic racism, prison corruption and judicial slavery.

Two years into being incarcerated, David married a doctor named Nancy. She got two people to go into John T. Philipson office and they found the three letters, he said he lost, we have them.

David continued to confess his innocence. He went straight to the library and used the prison system as his Soledad Scholastic University. He studied and studied. David went from a fifth-grade education to an IQ of excellence. David wrote letters to Senators, Governors, Mayors, Pastors and world leaders including Pope Francis, professing his innocence and asking for help. Pope Francis gave David his forever blessing upon David’s foundation and information to go to Rome upon David’s release. He also caught the attention of Senator Alan Cranston. Alan Cranston would go to the prison and visit David, he believed in David’s innocence. David started a foundation in prison Save America’s Children, The Movement of Love, The Movement of Good. Senator Alan Cranston was very supportive, and he would meet with David about how a Movement of Love would and could be possible across America. Senator Cranston was starting to get sick, so he asked his very good friend to forge a friendship and assist with David’s freedom. Ex Supreme Court Justice Cruz Reynoso, not only did he become friends with David, but they formed a special bond. David referred to him as his judicial surrogate father. He died trying to free David. We believe San Diego hid documents so that Cruz Reynoso would not get David exonerated or released, they mocked his excellence.

During this time Senator Cranston also introduced Pastor Cecil “Chip” Murray. Pastor of AME Church in Los Angeles an Icon well known to the community for his continued community service and affiliated with USC. All these professional gentlemen would not have put their reputations on the line if they did not believe in David’s innocence. These powerful men all worked to encourage David with the foundation, this is what has kept him sane and alive with a purpose through this horrible lifetime they subjected upon him. However, the prison system used their “Systemic Racism” to detour his thoughts of ever being released. There was a man who was going to be reappointed back to the prison board. David had some information that he should not be. There was a hearing for David the board disallowed Senator Alan Cranston from being present or speaking on David’s behalf. This also included the shared facts that David discussed, and the gentleman was not reappointed to the prison board. He told David he would never get out of prison unless he was in a pine box.

“Retaliation for Whistleblowing” at its highest level. David continued to study. There was a drug program at Atascadero. The program was introduced to David by his counselor. This program had only been offered to rich white boys. The counselor did not feel that David needed to be in prison. He asked David to go through the program and pave the way for other African Americans to receive help from the program as well. David elevated and learned rapidly. The Director of the program asked David to be the President, and he was also given a budget to use by the end of the year. He used it wisely to bring everyone together in a celebration of overcoming adversities. David started creating programs that the prison system still uses today to detour recidivism as well.

The program ended at the end of that year and most programs were taken away. David returned to the prison. It was here that he would encounter seven recruited individuals four correctional officers, a doctor, a psychiatrist and a psychologist. These people were all reporting to the prison board on behalf of the man who was not reappointed. They have made life hell for David including many set ups, Medical/Dental Torture, Waterboarding and creating another confidential file that the psychiatrist and psychologist would use year after year only changing the dates. The information was then provided to the parole hearings. One evaluation was so badly written against David that the board disallowed the evaluation and told him to do it over.

David then refused to go to further hearings, because the files always proved David to be incompetent, never progressing and incapable of being released and unfit for society.

It has not been easy. We have spoken to many attorneys, lawyers, assembly and political figures and even presidents indirectly through letters, music, technology and videos. (Some taken down by someone not wanting David’s work known). David was blessed by the new passing of the sb 1437. David was time barred so this was a relief. San Diego never thought he would still be alive. San Diego is disrespecting the Supreme Court’s decision on sb1437 being constitutional and is refusing to adhere to the law. We got him all the way to the evidentiary hearing April 1, 2021. An attorney of 33 years in San Diego Maryellen Attridge, uncovered this unjust cover up by his public defender who is now a huge criminal defense attorney in San Francisco. She told us a week prior, “your own public defender set you up and the Judge and DA were complicit to convict you for second degree murder on heresy and inadmissible documents that were thrown out along with the murder at the preliminary hearing over 38 years ago. You should have only been in trouble for accepting stolen property.” There is more corruption within this case that is now being uncovered.