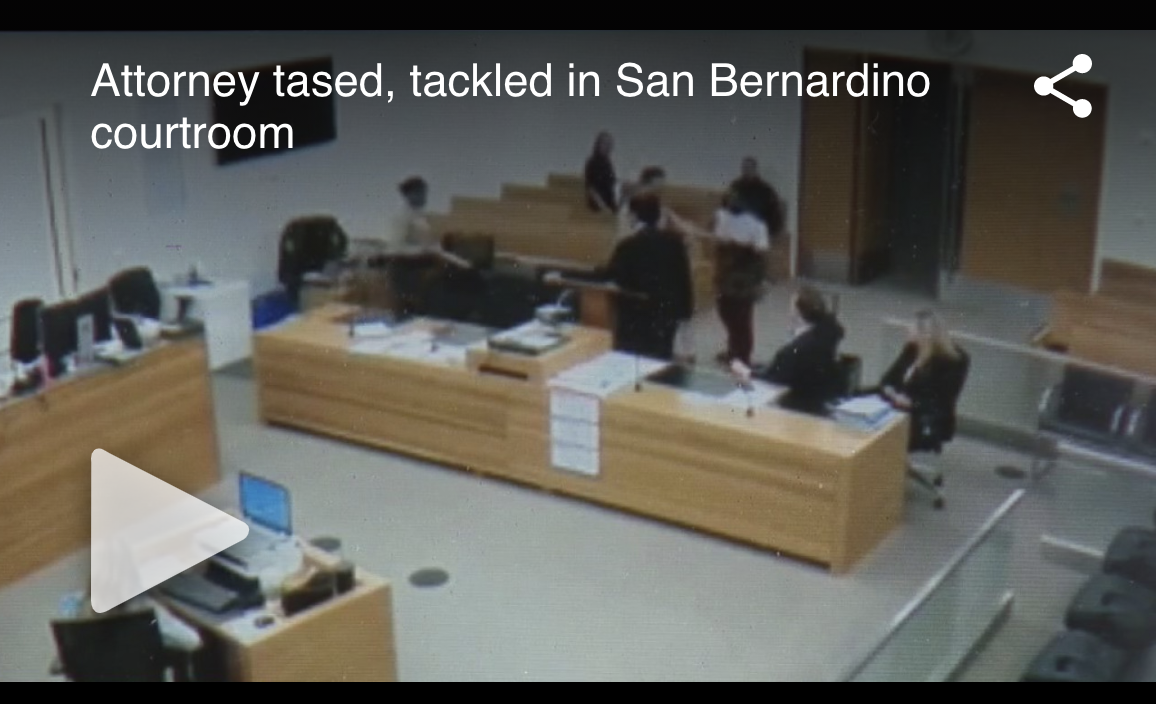 This story was originally published by NewsFox11

SAN BERNARDINO, Calif. – Practicing law while Black is what supporters of defense attorney Jaaye Person-Lynn call his case. Well known for representing African-American clients against law enforcement, things took a turn as he is the one that’s under arrest.

On his day off, he stopped at department S-7 of the San Bernardino County Courthouse, to try to change a court date. He admits he usually wears a suit, but since he was in the area and thought it would take a second, he stopped by the clerk’s office, where he says he was told to go by the courtroom and talk to the clerk there.

He was wearing a large sweat-type outfit.

There is video of what happened, even some audio. He approaches the deputies in the court, who motioned him to step away, seemingly assuming he is a defendant or some kind of civilian because of his clothing.

Lynn says he tried to show them his identification and bar card but was never given a chance. Instead, he is pushed back and eventually taken to the vestibule, where after an angry exchange, a courtroom bailiff used a Taser against him and took the attorney into custody.

He says he never resisted anyone and would have sued the bailiff who used the Taser for assault, except he was charged by the DA. A jury with no African Americans found him guilty of one of nine charges: delaying and/or obstructing a peace officer. But one of the jurors actually wrote a letter to the Judge the day after the verdict, saying she felt it was an unfair verdict and should be changed, even that the case should be dismissed.

The DA will not comment, and Lynn is supposed to be sentenced Friday. At most, he faces a year behind bars and a fine. With the COVID-19 pandemic, he may not end up serving much time, but he does face losing his license and his livelihood.

“I can see the deputies initially thinking I was not a lawyer, but I tried to show them my ID! They didn’t want to hear it,” Lynn said.

Social media posts are calling it a racial incident. Keep in mind that he has been involved in high-profil cases, like Wakeisha Wilson, who would become a rallying cry in the  Black Lives Matter movement after she died while in LAPD custody.

Her family did not find out about her death until having to make extensive inquiries.

Another case was that of Charles Beck, a black TV producer who Beverly Hills Police wrongfully detained after leaving a pre-Emmy event in 2014. Police said he fit the description of a bank robber.

Sentencing is in Rancho Cucamonga, department R-14, Friday morning. We have requested permission for our cameras to be there. A GoFundMe page has been launched by his friends.