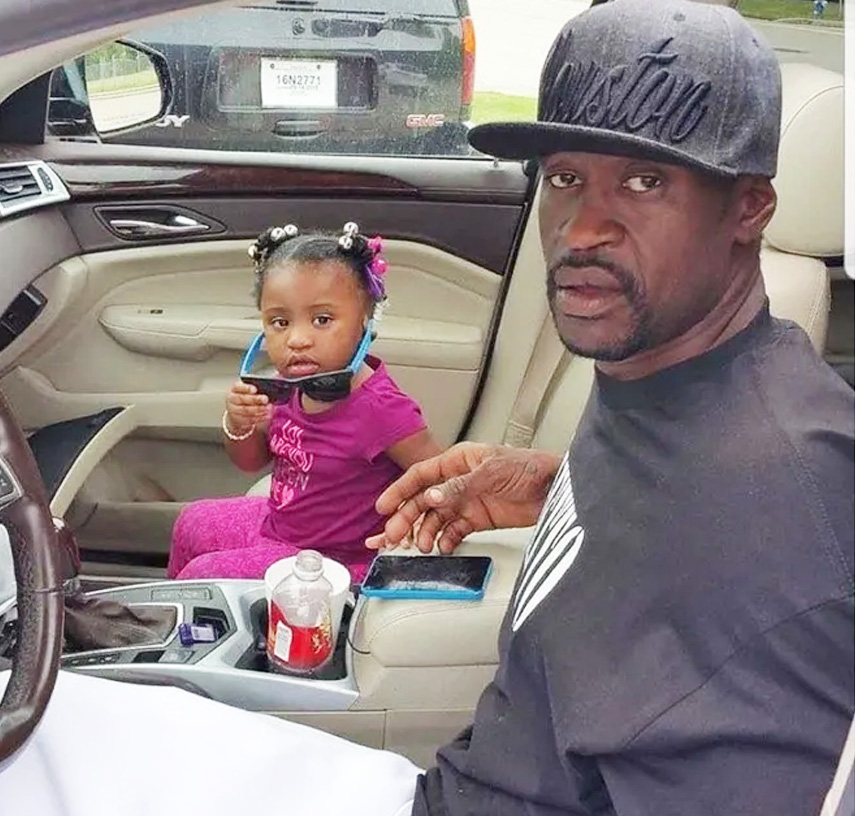 MINNEAPOLIS – Both the Hennepin County Medical Examiner’s office and an autopsy commissioned by George Floyd’s family have ruled that the death of Floyd – in an incident that has triggered nationwide unrest – was a homicide and the 46-year-old’s heart stopped beating while police restrained him and compressed his neck.

The medical examiner’s report released Monday listed “cardiopulmonary arrest complicating law enforcement subdual, restraint and neck compression” as the cause of death. It came hours after Floyd family attorney Benjamin Crump held a press conference to announce the findings of a family-commissioned autopsy.

The family autopsy stated “asphyxiation from sustained pressure was the cause” of Floyd’s death.

Dr. Michael Baden and Dr. Allecia Wilson performed the autopsy and said there was “neck and back compression that led to a lack of blood flow to the brain,” Crump said Monday.

They added that “weight on the back, handcuffs and positioning were contributory factors because they impaired the ability of Mr. Floyd’s diaphragm to function.”

Floyd died May 25 after a Minneapolis police officer knelt on his neck for several minutes while he was handcuffed on the ground, crying that he couldn’t breathe and pleading for help. The incident has galvanized outrage, sparking protests and violence throughout the U.S.

Monday’s medical examiner’s report indicates that its finding “is not a legal determination of culpability or intent, and should not be used to usurp the judicial process.”

That autopsy found “no physical findings that support a diagnosis of traumatic asphyxia or strangulation,” according to the document, which suggests Floyd’s existing health conditions – coronary artery disease and hypertensive heart disease – combined with being restrained by police and any “potential intoxicants in his system” contributed to his death.

Baden and Wilson said it appeared that Floyd died at the scene.

Follow this story:For more on the investigation, protests and more, sign up to get the Daily Briefing

“What we found is consistent with what people saw,” Baden said. “There is no other health issue that could cause or contribute to the death. Police have this false impression that if you can talk, you can breathe. That’s not true.”

“For George Floyd, the ambulance was his hearse,” he said. “Beyond question, he would be alive today if not for the pressure applied to his neck by fired officer Derek Chauvin and the strain on his body from two additional officers kneeling on him. Mr. Floyd’s death was a homicide by officers who taunted him while holding him down for more than eight minutes. And the officer who stood by doing nothing was a physical blue shield – a living symbol of the code of silence.”

Bystanders, who begged officers on the scene to intervene, recorded Floyd’s death on video and shared the images on social media. After they went viral, Floyd’s death sparked a week of protests in Minneapolis and most major U.S. cities.

Floyd was arrested on suspicion of trying to use a forged $20 bill.

Chauvin was charged with third-degree murder and manslaughter. He is in custody in a state prison. Three other officers who were on the scene have not been detained or charged with any crimes. All four officers were fired the day after Floyd’s death.

George Floyd died May 25, 2020, after a Minneapolis police officer held his knee on Floyd’s neck for several minutes.

“We are going to bring to bear all the resources necessary to achieve justice in this case,” Ellison said at a news conference.

Activists have pressed Hennepin County Attorney Mike Freeman to charge the other three officers and have demonstrated outside his house.

Crump called for Chauvin’s charge to be elevated to first-degree murder and for the other three officers involved at the scene to be arrested.

“What we must have is equal justice for the United States of America,” Crump said. “The family implores Attorney General Ellison to make equal justice real for black people in 2020 with getting those officers arrested immediately and charged to the fullest extent of the law so that we can believe that there is one justice system in America.”

The city, like others across the nation, has been roiled by demonstrations. Arrests were made after an 8 p.m. curfew Sunday, but they were a tiny proportion of the thousands who peacefully marched around the city and across the Mississippi River bridges Sunday afternoon.

Outside the Cup Foods store where Floyd died, banners and flowers fluttered in the morning wind as a stream of mourners came to pay their respects.

Miranda Strong, 28, said arresting the three officers who stood by would be a positive sign, but deeper change is needed.

“Yes, those men need to be labeled as murderers. But what about every single life they took before this?” asked Strong, who lives in an apartment overlooking where Floyd died. “The system doesn’t work.”

She said she didn’t immediately realize Floyd died in police custody outside her window because she’s so accustomed to the sirens and yelling and heavy police presence across Minneapolis.

“All of that chaos is the soundtrack to the city,” Strong said. “And we don’t want that to be our norm anymore.”  Contributing: The Associated Press