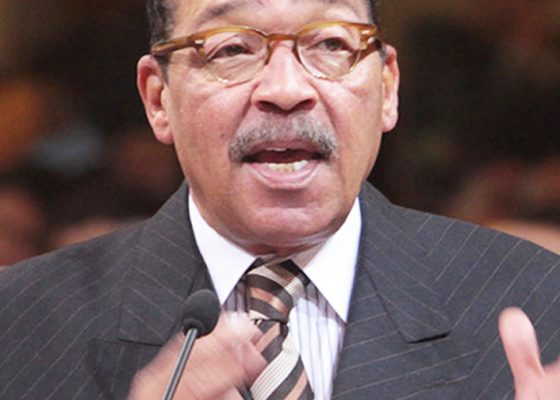 Wesson’s proposal would zone the city in such a way that it would effectively ban private detention centers.

“Profiting off of locking people up will not fly in Los Angeles,” Wesson said in a statement. “We call on every city and county to join us in preventing this kind of activity from operating within its borders.”

Wesson said he started the effort because of recent reports that young children, who had been separated from their parents at the U.S.-Mexico border, were detained in overcrowded areas and kept without basic necessities.

The proposal was seconded by Councilmen Marqueece Harris-Dawson and Gil Cedillo as well as Councilwoman Nury Martinez. The motion by Wesson is scheduled to be discussed by the full council July 3.

The United States incarcerates more people in a year than any other country in the world, and in recent years private prisons have taken on a greater share of the prisoner population, Wesson said, adding “The industry was started at the state level during the height of the war on drugs as governments failed to keep up their capacity with the rising inmate populations.”

Wesson said private detention centers are not subject to the same oversight and scrutiny as public prisons. He cited a U.S. Department of Justice study that found in 2016 that federally contracted private prisons had a significantly higher number of violations per inmate than public prisons.

The proposal also comes after a number of notable politicians pledged to curtail private prisons.

“Profiting off of locking people up will not fly in Los Angeles.”