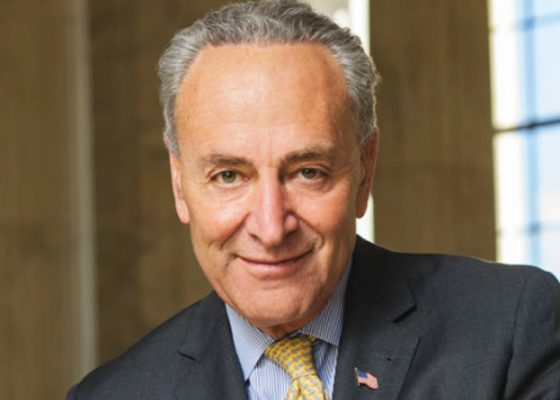 Schumer noted that African American gains under the health care legislation, commonly known as Obamacare, are threatened by Trump and Attorney General William Barr as the Justice Department has argued in federal court that the law is unconstitutional and should be struck down – “Not just vital insurance reforms like protections for individuals with pre-existing conditions, as they had first argued last year,” Schumer said.

By Monday, April 1, Trump appeared to back away from his push for a vote on an Obamacare replacement until after the 2020 elections, a move CNN said was bowing to the political reality that major health care legislation cannot pass in the current Congress.

Earlier, administration officials announced that they now agreed with a judge’s ruling that the entire Affordable Care Act should be scrapped.

The opinion was a dramatic reversal from the administration’s previous stance that only portions of the act could not be defended, CNN reported.

However, the president’s latest move allows him to wait on the issue as legal challenges against the health care law make their way through the federal court system.

If it’s ultimately overturned, Trump can claim he made good on a campaign promise in time for his 2020 re-election campaign – though he would then face the prospect of an estimated 20 million Americans losing their health insurance on his watch, with no Republican replacement in the legislative pipeline, according to a CNN analysis.

If it’s upheld – as it has been in previous Supreme Court challenges – Trump can rail against a ‘liberal’ court system.

Trump dialed back expectations that Republicans would be able to pass major health care legislation before the 2020 election, but his promise of a vote that would hinge on a Republican takeback of the House ensures nonetheless that health care will figure prominently in 2020.

That is a fight Republicans are wary to have after they suffered huge losses in 2018 congressional races in large part over the issue of health care, according to the analysis.

In the court battle, the appeals process will likely stretch into next year.

In a memo provided by Schumer’s office, the senator and Democrats noted that after the Trump administration and Republicans repeatedly have claimed that they are in favor of protecting people with pre-existing conditions, they essentially have crystallized their actual position: “They think health insurance coverage for nearly 20 million Americans, pre-existing condition protections and tax credits to afford health care, should be annihilated.”

Democrats are fighting against this new attack against President Obama’s legacy and working to provide better health care for communities that need it most, according to the memo.

“The Affordable Care Act and its protections are vital to African Americans across the United States in helping them have access to quality, affordable health care,” Schumer said.

“The African American community would be devastated if Republicans gut the backbone of our country’s health care system,” he said, according to the memo.

The removal of these protections will make it harder for women of color to access affordable prenatal and postpartum care. “The contrast couldn’t be more stark,” Schumer noted.

“The Trump administration now is going after health care as we know it, which if successful would result in skyrocketing health care costs – including for prescription drugs, millions more uninsured, and vital health care protections eviscerated,” he said.

Schumer and the entire Democratic caucus have vowed instead to continue to fight for those with pre-existing conditions and to ensure that all Americans have access to affordable, quality health care.

“If the Trump administration has its way, it would raise health care costs, including prescription drugs, revoke coverage for millions who gained health care through Medicaid expansions, [and] strike pre-existing condition protections for hundreds of millions,” Schumer said on the Senate floor this week.

“Democrats will not stop fighting to protect health care for millions,” he said.