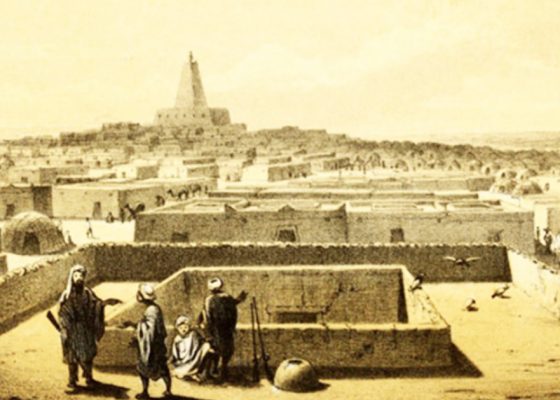 When it comes to Black colleges and Universities, the common historical narrative is the vast majority of these schools were founded after the Civil War. Because of this, it is assumed that Black higher learning did not commence until after slavery. This however, is far from the truth. A simple look at history will find the first and still standing Black University was founded in Timbuktu.

This hallowed institution is called the University of Sankoré.

The Sankoré Mosque was founded in 989 AD in the country today known as Mali. Mali was part of the ancient African Songhai Empire, one of the most powerful Kingdoms in the known world. It was located in the city of Timbuktu, a lynchpin in the trades of salt, gold, and other goods to the Arab, African and European powers of the time. That mosque would become known as the University of Sankoré and was so well known that it was added to maps produced in Europe.

Its greatest expansion came under the rule of King Mansa Musa, who was the richest man in the world. His wealth at that time was estimated to be $400 billion.  He restructured the university with jurists, astronomers and mathematicians. Scholars from around Africa, the Middle East and Europe traveled to Timbuktu to study. Because of King Mansa Musa, the Sankoré University had been converted into a fully staffed university with the largest collection of books in Africa since the Library of Alexandria.

Sankoré University was capable of housing 25,000 students and had one of the largest libraries in the world with roughly one million manuscripts. According to the website Muslim Heritage, The University of Sankoré is still functioning, but with very limited resources on its ancient site. Sankoré is now a shadow of its former self and it is hoped that UNESCO (United Nations Educational, Scientific and Cultural Organization) will help preserve its history and ancient buildings.

Maurice “Mo” Barnes is a graduate of Morehouse College and Political Scientist based in Atlanta. Mo is also a Blues musician. He has been writing for Rolling Out since 2014. Whether it means walking through a bloody police shooting to help a family find justice or showing the multifaceted talent of the Black Diaspora I write the news.

This article originally appeared in Rollingout.com.