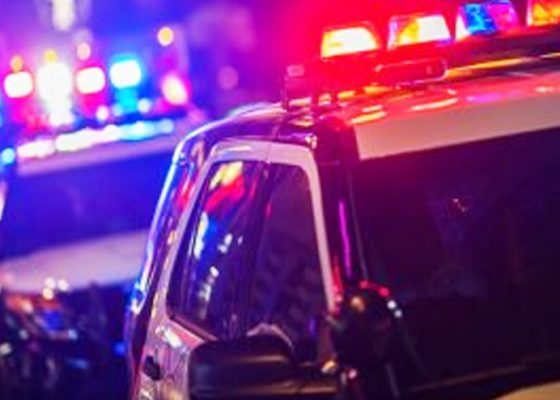 Knock on wood, I’ve never been in a car crash with a police car, but I have to imagine, if I did my interactions with the po-po would be conciliatory. That stance would be supercharged if said police vehicle was stopped at a red light and the accident — minor though it may be — was because I rear-ended the cops because I didn’t think they were accelerating at the newly turned green light fast enough.

That’s a lesson Bronx acting state Supreme Court justice Shari Michels isn’t likely to forget soon. According to a report for the New York Law Journal, she was publicly sanctioned for throwing her title around after hitting a police van filled with officers on their way to an assignment at Yankee Stadium. Fortunately, there was no property damage or injuries from the incident, but that doesn’t mean Michels gets to pretend it didn’t happen:

When the officer driving the van approached Michels, she allegedly immediately told him she was a judge and that there was no damage to either vehicle. She told the officer that since the accident was blocking traffic and no harm was done, they should “just keep it moving,” according to the commission.

The officer took down her information and told her that they had to do an accident report because a police vehicle was involved, but Michels continued to try and persuade the officers that a report wasn’t necessary because there were no injuries or damage, the commission said.

At the New York Commission on Judicial Conduct hearing on the incident, Michels appeared to finally understand that maybe acting like a big shot wasn’t the most prudent course of action:

At a hearing on the commission’s investigation, Michels said she repeatedly identified herself as a judge so the police officers would be convinced she wasn’t going to flee the accident if they allowed her to move her vehicle so traffic could continue. She said she regretted the behavior and acknowledged that identifying herself as a judge “could be perceived as even threatening.”

Though Michels was only hit with the commission’s lowest possible sanction, there are still real consequences, including a demotion. The commission said it was likely that her status as an acting state Supreme Court justice would be revoked for two years, bumping her back down to New York City Criminal Court judge. The final decision on that will be delayed until after a criminal case she is currently presiding over in Bronx Supreme Court concludes.