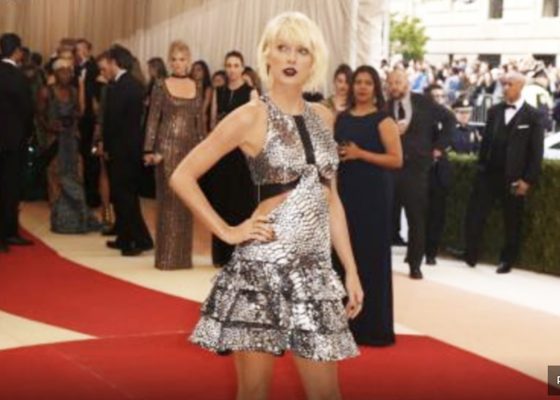 Somehow, white nationalists and Republicans missed, or ignored, the message that Taylor Swift has been promoting for the past 10 years — it’s the opposite of their propaganda. Yet, she’s even been referred to by white nationalists as their Aryan queen.

This week Swift tweeted her support for Democratic candidates in her home state of Tennessee, clearing the air and sending the alt-right into shock, anger, and condemnation mode.

Charlie Kirk, founder of Turning Point USA, a conservative group, said, “I don’t want to accuse her of this, but I don’t think she’s the only one who wrote that post on Instagram,” Kirk said. “She probably got some very bad information.”

The white nationalist web community, 4chan, that called her their Aryan queen, contained user remarks that also questioned the authenticity of Swift’s tweet, claimed she just didn’t want to be labeled a white nationalist, and blamed liberals for turning her into their “brain dead zombies.”

In the last decade, Swift has alluded to her political philosophies, but has never announce her political affiliation, until now.

Rolling Stone reports Swift commenting on the country “so happy” about the election of Barack Obama in 2008. In 2013, when a teen put Adolph Hitler quotes over Swift images on Pinterest, her lawyer went after Pinterest citing the images as being “harmful, abusive, ethnically offensive, humiliating to other people, libelous, and otherwise objectionable.”

In 2016, she publicly supported gun control, in 2017, she was a “silence breaker” for fighting sexual harassment on TIME’s Person of the Year cover.

In her Instagram post this week, she criticized the Republican candidate Marsha Blackburn for her objection to equal pay, the Violence Against Women Act, and equal business services and rights to marry for gay couples.

She stated in part, “I believe in the fight for LGBTQ rights, and that any form of discrimination based on sexual orientation or gender is WRONG. I believe that systemic racism we still see in this country towards people of color is terrifying, sickening and prevalent.”

Former Arkansas governor Mike Huckabee tweeted, “So @taylorswift13 has every right to be political but it won’t impact election unless we allow 13-year-old girls to vote. Still with #MarshaBlackburn.”

And, conservative personality Candace Owens wrote that Swift was using “Black people and minorities as pawns to brainwash people into doing their bidding.”

Many reactions were fired up on both sides of the aisle, and some had humor, but others called attention to the power of her decision:

“She has over 100 million followers on Instagram and many of them are, I’d guess, first-time voters,” said Lynnette Hull, president of the Nevada Young Democrats and a student at the University of Nevada at Las Vegas.

Several celebrities “liked” her tweet, including Chrissy Teigen and Katy Perry, and Alyssa Milano, a leading #MeToo voice, thanked Swift for speaking out.