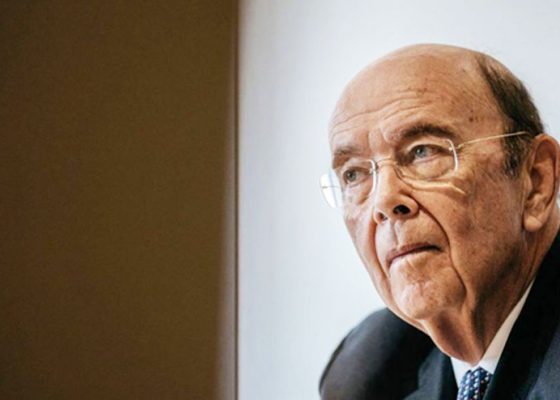 Amid President Trump’s headaches confirming cabinet secretaries, from neophyte Rex Tillerson to conflict-prone Scott Pruitt to unprepared Betsy DeVos, all of whom squeezed through, Wilbur Ross was a tonic. With his blue power suit and decades of deal making, he had the look and the résumé of a commerce secretary. And unlike his boss, Ross promised to divest from almost all his holdings upon entering government, drawing bipartisan praise en route to an easy confirmation. “You have really made a very personal sacrifice,” said Senator Richard Blumenthal, Democrat of Connecticut. “Your service has resulted in your divesting yourself of literally hundreds of millions of dollars.” In November 2017, Ross confirmed in writing to the federal Office of Government Ethics that he had divested everything he promised.

But that was not true. After weeks of investigation, Forbes found:

·For most of last year, Ross served as secretary of commerce while maintaining stakes in companies co-owned by the Chinese government, a shipping firm tied to Vladimir Putin’s inner circle, a Cypriot bank reportedly caught up in the Robert Mueller investigation and a huge player in an industry Ross is now investigating. It’s hard to imagine a more radioactive portfolio for a cabinet member.

To this day, Ross’ family apparently continues to have an interest in these toxic holdings. Rather than dump them all, the commerce secretary sold some of his interests to Goldman Sachs—and, according to Ross himself, put others in a trust for his family members. He continued to deal with China, Russia and others while evidently knowing that his family’s interests were tied to those countries.

In addition, five days before reports surfaced last fall that Ross was connected to cronies of Vladimir Putin through a shipping firm called Navigator Holdings, the secretary of commerce, who likely knew about the reporting, shorted stock in the Kremlin-linked company, positioning himself to make money on the investment when share prices dropped.

Absurdly, maintaining all those conflicts of interest appears to be entirely legal—a reflection of ethics laws woefully unprepared for governing tycoons like Donald Trump and Wilbur Ross.

Ross appears to have broken one law, however: submitting a sworn statement to federal officials in November saying he divested of everything he had promised he would—even though he still held more than $10 million worth of stock in financial firm Invesco, his former employer. He also continued to hold a short position in a bank called Sun Bancorp, a company he had promised to divest. The next month, Ross got rid of interests in both.

What does Ross say about all of this now? Not much. When Forbes asked, a month ago, what became of his holdings, he passed the message to his spokesman, who said he hoped to have an answer the next day. Five days later, he sent a one-sentence statement, promising Ross’ current assets would be reflected on an annual financial disclosure, which he had not yet filed. Given two weeks to respond to a list of detailed questions, the spokesperson declined to answer most of them but underscored that Ross eventually divested of his holdings. The spokesperson also issued a statement about whether Ross had broken the law by lying to federal officials. “The secretary did not lie,” he said, adding that Ross filed amended paperwork, which is currently under review by the Office of Government Ethics.

Wilbur Ross is not known for telling the truth. On a Sunday afternoon last fall, just back from a trip to Asia, Ross called Forbes to lie about his personal fortune. Forbes had listed the commerce secretary on its billionaires’ rankings for years, but his financial disclosure report revealed less than $700 million in assets. When pressed about the discrepancy, Ross calmly cited more than $2 billion in undisclosed assets, saying he had shifted a chunk of his fortune to a trust for his family.