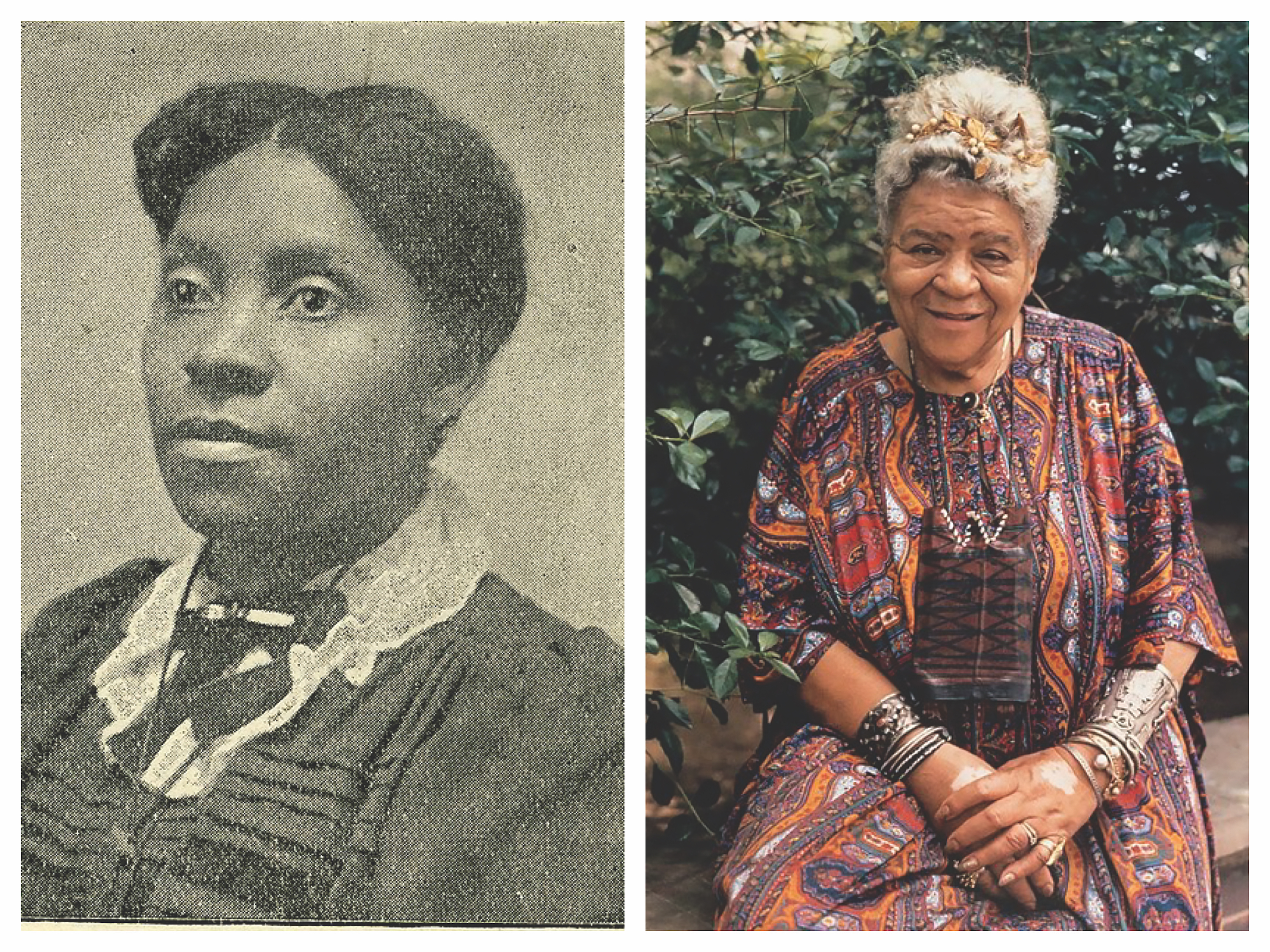 In a moment when lawmakers are actively outlawing Black history in schools, it is important to think about how the past can help us make sense of the present and chart a course for a better future. Examining reparations—a concept that asks us to look at the past wrongs, learn from them, and make amends for their current manifestations—is especially instructive. In the United States, Black women have created, led, and sustained the reparations movement for more than a hundred years. Their efforts laid the groundwork for the increasing number of reparations bills, programs, and restitution funds of today.

Callie House and Audley Moore are considered the mothers of the movement. House, a former slave-turned-washerwoman in Rutherford County, Tennessee, was privy to debates over the importance of Black labor during and after the Civil War. In 1891, when an agent came to nearby Nashville selling a pamphlet called “Freedmen’s Pension Bill: A Plea for American Freedman,” House found a political movement she could get behind. She helped create the National Ex-Slave Mutual Relief, Bounty and Pension Association in 1898 to advocate for payment to former slaves.

As the assistant secretary of the organization, House traveled around the country to garner support for pensions. She was responsible for growing the Association’s membership by the tens of thousands and used her platform to encourage former slaves to petition the government for support, engage lobbyists for congressional pension legislation, and file lawsuits on behalf of ex-slaves for back pay. As an Association leader, House argued that the federal government owed slaves monetary support based on their previous years of unpaid labor and that the United States could not be a true democracy as long as it refused to acknowledge Black people’s economic contributions. When not campaigning for redress, House and other leaders engaged in mutual aid by using Association dues to help members pay for burials, medical assistance, and their other basic needs.

Because of their success, the federal government began a targeted attack on the Pension Association and, on Callie House in particular. The U.S. postmaster argued that by soliciting support and membership dues, House and others had used the mail to defraud former slaves of their money. The reparations leader fought back valiantly but was indicted in 1916 and convicted of mail fraud in 1917. Nevertheless, the National Ex-Slave Mutual Relief, Bounty and Pension Association carried on, holding conventions for years to come.

Nearly a half century later, Audley Moore reinvigorated reparations activism. Born in 1898 in

New Iberia, Louisiana, Moore became a follower of Black nationalist Marcus Garvey and his Universal Negro Improvement Association (UNIA) in the 1920s. She rose to national fame as an organizer within the Communist Party, which in the 1930s and 1940s supported Black nationalist principles. When McCarthyism suppressed her organizing networks, Moore developed her own grassroots organizations which served as a links between early- and late-twentieth-century Black organizing efforts. In the 1960s and 1970s, Moore went on to mentor or advise many late-twentieth-century Black leaders, including Malcolm X. She spent the 1980s and 1990s galvanizing support for reparations until her death in 1997.

In the late 1950s, Moore founded the Universal Association of Ethiopian Women (UAEW)—a group of working-class Black women in Louisiana who petitioned the state for support and redress during Jim Crow. UAEW members’ efforts prompted Moore to dedicate the rest of her life to the cause. For the next 40 years, she worked with other groups such as the Reparations Committee Inc. and the National Coalition of Blacks for Reparations in America (N’COBRA) to compel the federal government to take up the issue and formulate a repayment plan. Undergirding each of these efforts was her claim that Black people were due repayment not just for their unpaid slave labor but also for the systematic destruction of their culture, identity, and wealth, as well as the governments’ denial of their constitutional rights under Jim Crow.

Moore also theorized and published different potential approaches to economic redistribution. In each plan, she suggested that the government pay a predetermined amount to the descendants of slaves with no restrictions on how that money could be spent. Moore argued that reparations worked best when each recipient could use the funds to repair and advance their lives as they saw fit. She staunchly opposed trickle-down approaches to remuneration, such as plans for Black churches or a handful of Black elites to be in charge of lobbying for, collecting, and distributing funds. In doing so, the activist offered another way to think not only about redress, but also about hierarchies, repair, and cooperative economics in American society.

At the core of both House’s and Moore’s organizing was the claim that slavery and Jim Crow were not just blips within an otherwise fully functioning democratic model, rather they were the root of inequality and the corrosiveness of American society. The country could not live up to its ideals of liberty and justice for all until lawmakers adequately acknowledged both the contributions of Black people and the harms inflicted in the denial of their humanity since its founding. Laboring on the margins for years, called crazy and unrealistic by those around them, both women worked toward the day when reparations would become a mainstream demand and be taken seriously by politicians and thought leaders alike.

We now live in the day that House and Moore longed to see. In 1989, Congressmen John Conyers introduced HR 40, which would establish the Commission to Study and Develop Reparation Proposals for African Americans and “recommend appropriate remedies.” In April 2021, for the first time, the bill was voted out of committee for consideration by the full House. But not content to wait on elected officials, others have formed their own processes for redress. Recently, colleges built with slave labor or funded through the sale of enslaved people have created funds to help their descendants. And in the past year, voters in areas like Ashville, N.C., created city budgets that include funding for Black residents as a form of reparations. Through their reparations campaigns, Black women like House and Moore empowered everyday people to think about how addressing the past might help them better understand the present and prepare for the future. The efforts offer a gateway for all of us to reckon with racist systems and encourage us to think about how we might use this history to create a more just and equal society.