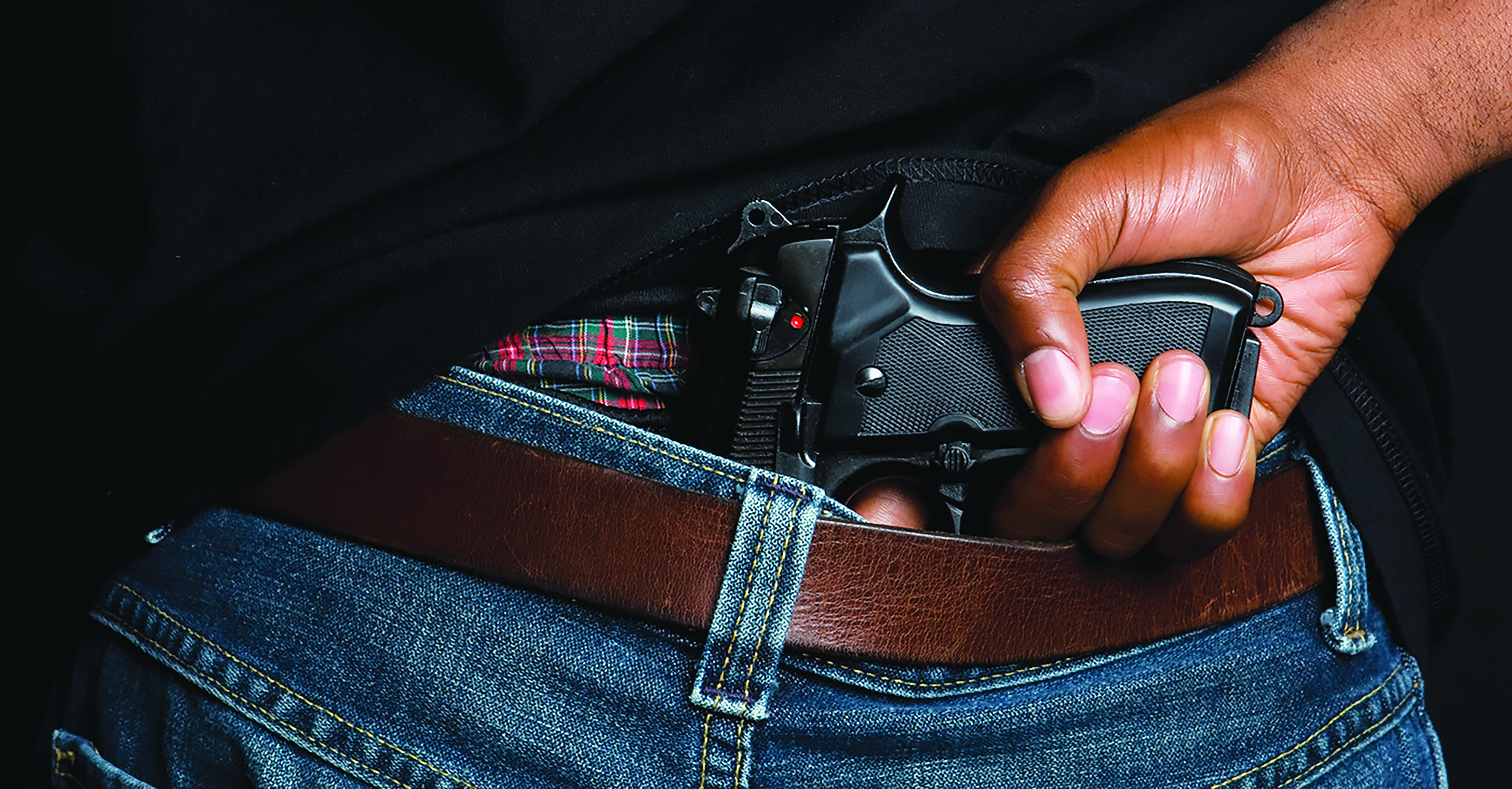 More than 117,000 people are shot in America annually, and gun homicides disproportionately are concentrated in urban areas, particularly in impoverished and underserved communities of color.

According to officials at Advance Peace, a program that provides mentoring, job training, and a $1,000 per month stipend to participants, such neighborhoods often are plagued by homicide rates on par with warzones.

“Frequently, both public and community-based systems of care fall short in their efforts to provide responsive opportunities and resources to those most involved with and affected by urban gun violence,” officials at the program wrote.

“Because those who are suspected of gun crimes in urban communities have often already been failed by the available systems of care, those who need the services most are least likely to trust the systems that provide them.”

A recent example of how the program works centered on 17-year-old Devrick Hill, arrested for allegedly firing multiple weapons out of a car in a fight with gang members.

Advance Peace change agents recruited Hill for the program to help to turn his life around.

The program seeks to steer vulnerable individuals like Hill away from violence.

It provides participants as much as $1,000 each month to meet anti-violence goals like completing classes or acquiring a job.

The Wall Street Journal reported that Advance Peace’s fellowship program is now running or set to launch soon in nine cities, including Rochester, N.Y.; Fort Worth, Texas; and Fresno and Sacramento, Calif. Another 18 cities are using elements of the program, according to Advance Peace and law-enforcement officials.

“These guys haven’t had a childhood.”

The publication reported that Boggan founded the program more than a decade ago in the Bay Area city of Richmond, Calif., to address a growing murder rate.

“He hired former gang members and ex-cons to identify and mentor young men who had spent time behind bars for shootings, had been shot themselves, or suspected in recent shootings,” the report’s author wrote.

In the first five years of the program, 94 percent of the 68 fellows were alive, 79 percent hadn’t been arrested or on gun-related charges, and 60 percent had received monetary incentives, according to an evaluation by the National Council on Crime and Delinquency, a nonprofit research group.

Jason Corburn, a University of California, Berkeley professor who has evaluated the group’s work in Sacramento and Stockton, Calif., noted in the article that throughout an 18-month Advance Peace fellowship, less than $20,000 is typically spent on a cohort of 30 to 50 individuals and an average of 20 to 50 shootings are prevented.

“If you were an economist, you’d say that’s a great return on investment,” he said.

Officials wrote that Advance Peace bridges the gap between anti-violence programming by working with and supporting a targeted group of individuals at the core of gun hostilities.

They also work with a hard-to-reach population at the center of violence in urban areas, thus breaking the cycle of gun hostilities and altering the trajectory of these men’s lives.

Advance Peace works with public and community-based stakeholders to establish responsive community-driven strategies that achieve high-impact outcomes for those caught in the cycle of urban gun violence.

“What we used to hear, and our young boys today hear too often, is: ‘Be a man, you little punk. Quit crying and be a man. Wipe those tears and shut up before I give you something to cry for,” Thibodeaux asserted.

“Yet he’s only four years old. Even if he can afford to go to the doctor when he gets older, he probably won’t. We’ve been conditioned to be tough. To suppress our pain and hide our emotions. All this combines to damage our immune system and our brain’s ability to make healthy choices. It’s no wonder we are suffering from dual epidemics: gun violence and coronavirus,” he explained.

The group of change agents led by Thibodeaux insisted that the goal remains to offer “real nutrition” to the community, which they define as daily doses of love, caring, and support.

“We work to boost the immune systems of those traumatized and at the center of gun violence through healthy food and housing, but also through stable mentorship,” the agents declared.

“We are breaking the cycle of a response to trauma that says, ‘I don’t give a [damn]’ to a healing approach that treats our most vulnerable to get to a place where they say, ‘Maybe I do.’”

No juvenile has lost life because of gun violence in Sacramento over the past two years that the program has operated there.

“We have a long way to go to stop our young people from continuing to solve their problems by pointing a gun at someone who looks just like them and squeezing the trigger,” Thibodeaux wrote.

“This pandemic hasn’t changed much since it’s still just another day in the hood, and interrupting death is needed more than ever.”