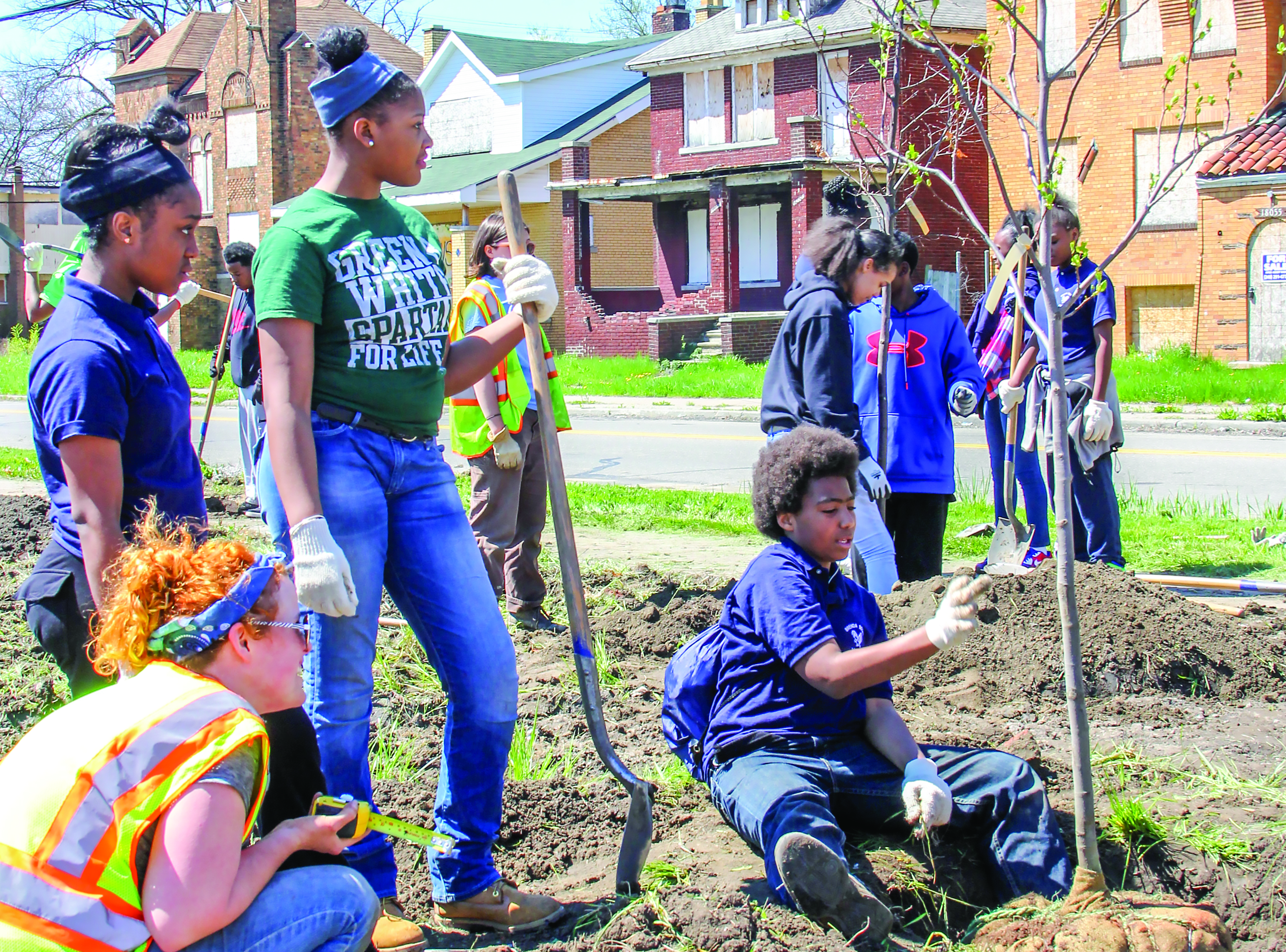 Tree Equity Score (TES ) identifies the cities that can gain the most significant health, economic and climate benefits by increasing tree canopy in places of high need

The findings confirm a disturbing pattern of inequitable distribution of trees that has deprived communities of the health and other benefits that sufficient tree cover delivers. In fact, neighborhoods where there are mostly of people of color have 33% less tree canopy than majority-white communities. Neighborhoods, where 90% or more of residents live in poverty have 41% less tree canopy than communities with only 10% or less of the population in poverty.

American Forests calls on America to take action to achieve Tree Equity. “It is a moral imperative that we do so,” asserted Jad Daley, president and CEO of American Forest. “This country is denying life and death infrastructure to people based on income and race. That’s morally insupportable. This is just completely at odds with our values as a country.”

Doing so would sustain 3.8 million jobs and annually absorb 9.3 million tons of carbon – the equivalent of taking 92 million cars off the roads. As the trees mature, they would mitigate 56,613 tons of particle pollution annually.  Many of these benefits would impact communities of color that need more trees.

Because of the lack of trees, communities of color face many disadvantages. Global average temperatures are rising, and longer and hotter heat waves lead to intensifying smog. Trees help cool neighborhoods and reduce what’s called the “urban heat island effect,” the creation of “islands” of heat that result in a dangerous rise in temperature and disproportionately affect vulnerable populations, such as low-income communities and people of color.

Moreover, the urban heat island effect is made worse by climate change and has a serious impact on people’s health, especially children and the elderly. On average, urban heat islands are five to seven degrees warmer during the day and can increase temperatures by as much as 22 degrees at night. If actions aren’t taken to slow climate change, heat-related deaths from 2031 to 2050 could be 57%  higher than from 1971 to 2000.

“This is another example of systemic racism that has plagued communities of color,” said Dr. Gail C. Christopher, executive director of the National Collaborative for Health Equity. “I applaud American Forests for creating a tool that underscores the discrimination that has taken place for centuries and will help catalyze broad support for change. We cannot have future generations of people of color suffering because America refused to allow adequate tree cover in their communities.  This practice must end.”

said the TES would “help us plant and protect trees in the most vulnerable urban communities. This action will reduce environmental injustices, such as extreme heat and air pollution, and mitigate prior systemic underinvestment.”

The TES has highlighted tree inequities within cities by comparing tree canopy in one neighborhood versus another. The findings show the discrepancies of tree canopy in high-income neighborhoods compared to low-income neighborhoods. Here are the cities with the largest discrepancies: Austin 20%; Portland 15%; San Antonio 12%; Los Angeles 10%; Baltimore and Houston 9%; Columbus, Raleigh, and Dallas 8%; and Seattle, Denver, San Diego, San Francisco and Charlotte 7%.

“Our Tree Equity Score will help make us all accountable and create action at the local, state and national levels,” said Daley. “It shows us exactly where the problems exist, where we need to concentrate investment to solve them, and where we need to bring people together – all different types of people and organizations.”

American Forests also provides other tools and resources to assist cities and communities. The Vibrant Cities Lab, a site managed with the U.S. Forest Service, is the preeminent online resource for urban forestry research, tools and case studies. Innovative conservation financing is available through their partnership with City Forest Credits. And American Forests is building support for federal legislation related to urban forests and working to see that urban forestry funding is included in the final infrastructure plan from the Biden-Harris Administration.

“We need to make sure the trees go where the people are,” said Daley. “And more than 70% of the people live in cities or suburbs so, it’s a place-based problem with a place-based solution. Tree Equity Score steers us in the right direction, and now it’s up to all of us to go beyond business as usual and take bold action.”