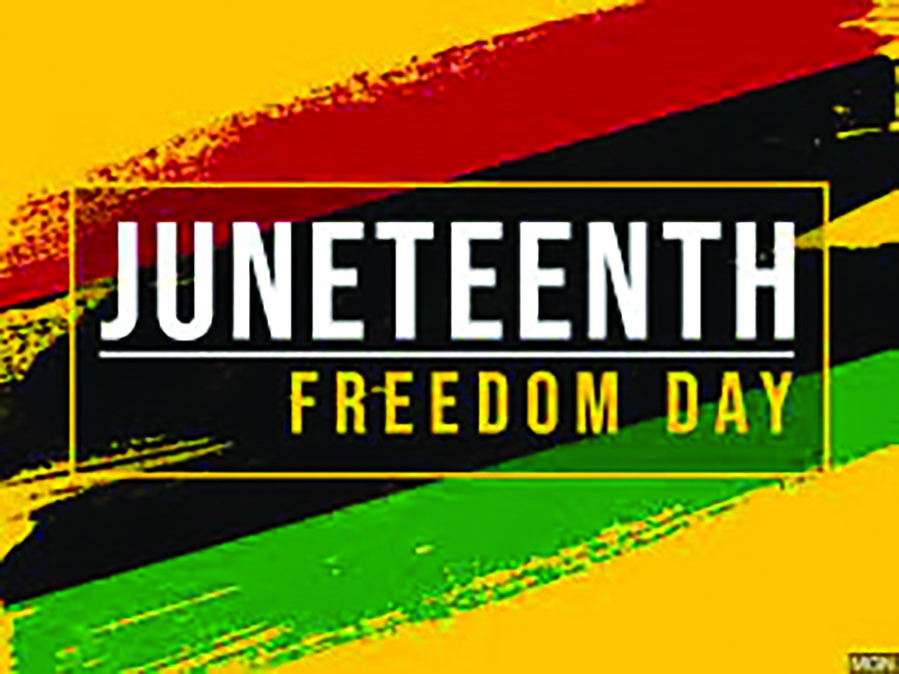 The bill to make Juneteenth a national holiday was signed into law by President Joe Biden. Ironically, it was in Galveston, Texas on June 19, 1865 that the last enslaved people in America were “freed”, thus the term Juneteenth.

Freedom means no longer having to constantly fight for basic civil and human rights that are supposedly guaranteed to all citizens of this country – yet since Juneteenth, slavery has been replaced by various forms of Jim Crow/Apartheid.  Unfortunately even today,  one hundred and fifty six years since Juneteenth, over 45 states have  introduced voter suppression bills that would make it more difficult for Black people to vote; there are constant challenges to Affirmative Action, schools for the most part are still segregated, there is growing discrimination in housing, Blacks are experiencing growing health and wealth disparities, police brutality is still a problem and there is a lack of meaningful diversity in all sectors of this society.

The bill to make Juneteenth a federal holiday was approved unanimously by the Senate and overwhelmingly by the House of Representative, however at least half of both the House and Senate are willing to deny Black Americans real citizenship; to those legislators and their supporters, you get no prize for supporting a Juneteenth holiday because that vote does not require you to support comprehensive changes that would end the systemic racism that is still imbedded in the fabric of this country.

To those who support the bill, we cannot get caught up in the pomp and circumstance that usually accompany such occasions and forget that there is still work to be done. There are those in this country who want to take Black people back to pre-Civil War America.

Make no mistake, Juneteenth, the Emancipation Proclamation, the 13th 14th and 15th Amendments, the Civil Rights Bill and the Voting Rights Bill are all instruments that did not free Black people; they only helped move the formerly enslaved and their descendants  toward that goal.

Edward “Jerry” Pennick has had over forty years’ experience in community organizing and program development including extensive experience in policy analysis, development and expertise in African-American land retention and land-based rural economic development.