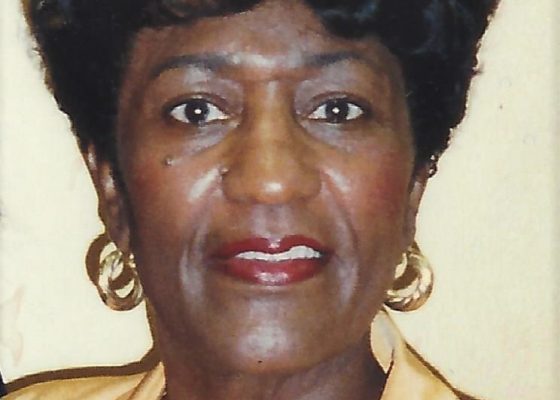 Bonnie Sheree Johnson was born on Christmas day 1934 in Kansas City, Missouri to Oscar and Mary (Celestine) Buckles. Her family moved to San Bernardino when she was 10 years old and attended Mills Elementary School, Sturgis Jr. High School and San Bernardino High School. Bonnie enrolled in San Bernardino Valley College and received a Certificate in Stenography. She also received her AA degree from a state college in San Francisco.

Bonnie married Arthur R.D. Johnson and raised three children, Larry, Deborah, and Kae Johnson. Art was the breadwinner and Bonnie was content as a wife, mother and homemaker.

From the time of Bonnie’s birth into her early adult years the civil rights movement was nonexistent. Even though the Founding Fathers had labored years before to devise a document that would be humane and just for all, it didn’t apply to all. During her childhood Bonnie saw the New Deal, the Fair Deal, the New Frontier, and a Great Society; however, for blacks, there was no deal at all. This situation became apparent to Bonnie when her children entered the public school system. As a ‘stay at home mom’ Bonnie was enthusiastically engaged in the P.T.A and other activities involving her children. That’s when she noted the disparity in segregated schools. Bonnie adamantly refused to deny her children the “American Dream”.

By this time, the Civil Rights movement had begun. Led by Martin Luther King Jr.’s example, Bonnie was inspired. Before Dr. King’s famous “I have a Dream” speech, Bonnie had a dream. Her dream was to educate her children and to reach that goal, Bonnie challenged the school system.

Working side-by-side Bonnie, along with Francis Grice and Valerie Pope formed the Community League of Mothers, where she was elected President. They led an anti-segregation boycott of the San Bernardino School District.

The Dynamic Trio instituted “Freedom Schools” and took their children along with other students out of the public school system.

Newspapers ran articles regarding the Community League of Mothers’ claims that “Black Schools” were inferior to “White Schools” and were not giving their children a chance at the “American Dream”. The White Schools had better books, better teachers, and a wealth of resources. The School Board and Local Politicians kept saying ‘Everything is okay… or will be

tomorrow’. While at the same time policies were perpetuated that denied Blacks the rightful chance to the “American Dream”.

This became a dangerous fight of personal sacrifice to the members of the Community League of Mothers, with threats of hanging, cross burning, KKK activities and shootings as the protests heated up. With the aid of the NAACP, many court battles ensued, ending with the California Supreme Court’s ruling that San Bernardino was guilty of segregation and discrimination and mandated an end to segregation in the San Bernardino public school system.

In the 1970’s, Bonnie became the owner of Greenwood Bail Bonds. A business that she had ran successfully for over 40 years. Often, she has looked outside her office window and remarked how she remembers when Waterman Avenue was just a dirt road. She keeps those thoughts in her memory as she often states, “I can only move forward if I remember where I came from”. That attitude has made Bonnie a torchbearer and catalyst in the City of San Bernardino. Her compassion and generosity motivated her to personally give away millions of dollars which has been recognized and honored by many Civic and Community leaders and politicians.

On January 15, 1999, Bonnie was recognized by the San Bernardino Unified School District for her fervent devotion to students in bringing about desegregation/integration and fostering a sense of equality in San Bernardino City schools. She has also received certificates of recognition from past Mayors of San Bernardino, Senators Joe Baca and Reuben Ayala, Congressman George Brown, and numerous organizations throughout the Inland Empire. All those recognitions documented her tireless efforts and dedication as a role model for youth. Also noted is the legacy she created through the Community League of Mothers in her struggle for Freedom, Equality, and Justice.

Bonnie’s life has been a tough journey; from dirt streets to paved roads, dreams to reality and struggles to freedom. Her accomplishments have been a source of pride for her children, who have benefited from her tireless efforts and determination. She truly demonstrated that nobility is not a birth right, it must be earned.

There will be a Memorial Service at Ecclesia Christian Fellowship on Thursday, January 9, 2020 at 11:00 a.m.