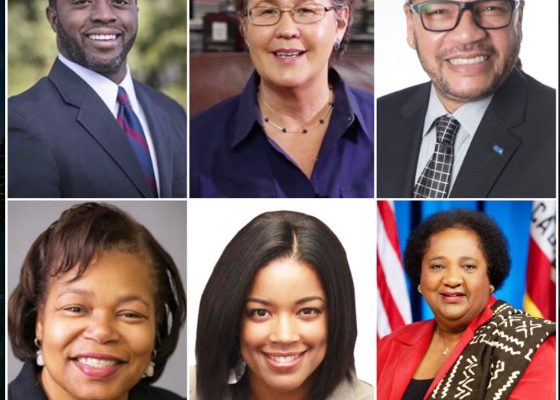 When California Superintendent of Public Instruction Tony Thurmond announced the English language arts and math results of the California Assessment of Student Performance and Progress (CAASPP) test last month, we found out that African-American students’ scores lagged behind the much higher marks their White, Asian and Hispanic peers obtained.

Statewide, just over 40 percent of all public school students met or exceeded standards in math and 51 percent were proficient in English.

Five years ago, California adopted the CAASPP assessment tests. Each year since then, our African-American student scores have ranked at the bottom of the results of all racial subgroups in the state.

During that time, the achievement gap between Black students and their White and Asian peers has seen only marginal improvement, while getting wider between our children and their Hispanic counterparts.

The achievement gap between African-American and White students was first acknowledged over fifty years ago in a 1966 federal government study called the Coleman Report. The United States Congress commissioned the report after it passed the 1964 Civil Rights Act.

Since then, education researchers and practitioners have been hard at work trying to identify the causes and propose what can be done to address it. Despite decades of education reform efforts and billions of dollars spent in federal, state and local funding, the achievement gap persists.

Ronald Edmonds, the late Harvard education researcher, said 40 years ago, “We can, whenever and wherever we choose, successfully teach all children whose schooling is of interest to us. We already know more than we need to do that. Whether or not we do it must finally depend on how we feel about the fact that we haven’t so far.”

To Edmonds and education experts like him, closing the achievement gap is absolutely solvable. The fact that little progress has been made to narrow it can be attributed more to the absence of political will than to any lack of social science research on the problem.

The social factors that contribute to the achievement gap and the actions necessary to close it have been well studied, but public policymakers tend to avoid or overlook the data and recommendations that could cost them any  political capital.

For example, in 2013 California revamped education funding to provide extra money for school districts with large numbers of “high-needs” students, mostly  kids from poor families or foster children and “English-learners.” The Local Control Funding Formula (LCFF) pushed expenditure decisions down from the state to local school districts because Gov. Jerry Brown and the legislature believed that those closest to the day-to-day operation of schools were best suited to identify what their students needed and would work best for them.

However, this has proven to not be the case, particularly when it comes to the performance of Black students in California.

When the California Department of Education first introduced the new public education finance system in 2013, some lawmakers warned that the LCFF did not provide mechanisms to adequately track how local school officials would spend funds. Gov. Brown and groups representing school districts shot down attempts by legislators like Assemblymember Shirley Weber (D-San Diego) to address that concern.

This month, California State Auditor Elaine Howle announced that her office’s recent examination of LCFF spending found that the system lacked sufficient oversight and accounting controls, confirming Weber’s reservations. Realizing that there has been very little progress toward closing the achievement gap despite the state having redirected billions of dollars to help solve it, may finally force lawmakers to now consider passing the kind of legislation Weber initially proposed.

Edmonds, who was African American, made the observation that progress toward resolving the achievement gap might not happen as quickly as it could because of how White policymakers viewed the issue. He did not question their sincerity about solving it, but was concerned about how they would approach it given biases they might have.

The former dean of the University of Pennsylvania Graduate School of Education, Andy Porter, who is white, validated Edmonds’ concerns when he made this statement, “I would like to see the achievement gap closed, but not at the expense of my kids. I think everybody feels that way.”

It is hard to assess how much the attitude Porter expressed, and the unstated biases of others like him, may have stalled progress toward closing the achievement gap, or if they have had any effect at all. But, in California right now, there is a unique opportunity if leaders in Education grow the political will to develop effective policy toward closing the achievement gap for African-American students in our state, even if attitudes like Porter’s continue to exist within – and wield influence on – our education system.

We need these leaders to come together to propose a functioning system that will guide those working hard to achieve results for African-American students in our state. Working with legislators like Dr. Weber, we will begin to close the achievement gap.

“There has never been a time in the life of the American public school when we have not known all we needed to in order to teach all those whom we chose to teach.” – Ronald Edmonds