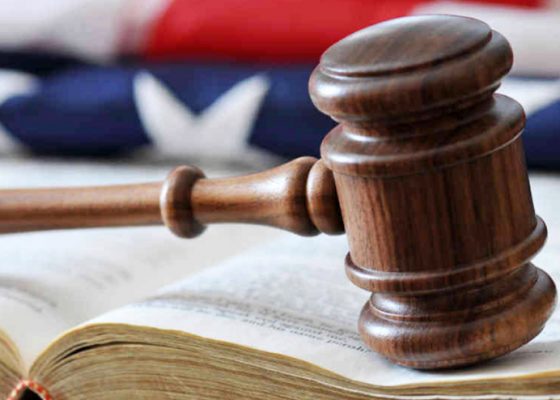 Many years ago, every city had a police court judge handling mostly mundane things like speeding tickets and minor crimes. Sometimes, cases got a little odd.

For one turbulent day in 1915, Harry Heap, the police judge in San Bernardino was forced to deal with the Zink-Falkenstein feud.

Admittedly this hardly reached the level of the fight between the Hatfields and the McCoys, but these next-door neighbors on Carter Avenue just couldn’t get along. The San Bernardino Sun on Oct. 16 said they had been at “swords’ points” for more than a year, saying and doing all sorts of unneighborly things across their fence.

This battle reached a climax a few days earlier when May Falkenstein fired a volley across the fence — drenching Mrs. Zink with her hose. This attack “resulting in a cold which put his wife in bed,” Frank Zink told Heap.

Members of each family poured out to Heap all the details of wrong-doing by the other, but the court session didn’t exactly turn out to be Perry Mason TV material. Mrs. Falkenstein pleaded guilty to disturbing the peace with her hose and was fined $10. No word was available if Mrs. Zink’s cold ever cleared up.

OK, maybe police court was rarely the most exciting of places, but it did attract all levels of society.

Dr. J.W. Callnon, a respected Chino doctor and a future superintendent of the San Bernardino County Hospital, found he couldn’t get away with a little white lie. He was stopped Sept. 8, 1913 by Ontario Officer J.P. Brogan for driving 35 mph, well over the speed limit, reported the Sun on Sept. 9.

Callnon told the officer that he had to get to a sick patient and shouldn’t be delayed. Brogan, being a responsible officer, allowed him to leave.

But Brogan was also a bit of a suspicious officer. He followed the good doctor and discovered Callnon was actually on his way to the Pacific Electric train station in Upland to pick up his wife and two children. Brogan caught up with the doctor at the station and escorted him to police court to discuss his “sick patient” and pay a fine.

Sometimes things were pretty quiet between cases in the police court in San Bernardino. It gave Clinton Harper a peaceful place to sleep off the effects of heavy drinking, the Sun reported May 5, 1936. Officer Mark Black later woke up Harper and told him he had to leave his courtroom bench.

“The indignant Harper said he was going to stay where he was,” said the paper. He was immediately escorted from the court to a slightly more comfortable bunk in city jail.

A Los Angeles motorist was stopped for doing 29 mph in downtown Pomona in 1920. He explained his passenger had fainted due to a painful ankle injury so he stopped for some water. That didn’t help much so he figured he should hurry on to Los Angeles for immediate medical attention.

Judge Harry H. Mason found the driver guilty but reduced the fine from $15 to $1 because he thought his excuse was rather novel, reported the Los Angeles Times of May 2, 1920.

The Sun on Feb. 13, 1968 carried a story about a 19-year-old man in Cincinnati arrested for driving without a license.

“He told the judge he didn’t have one because he didn’t know how to drive. He said he was practicing — so he could get a license.”

In 1940, C.E. Williams of Los Angeles testified in Upland police court he was not a drinking man. He had been feeling fairly ill one day and tried a new remedy.

“He had listened to the advice of an acquaintance who told him a good slug of whiskey would be the best thing he could take for a severe cold from which he was suffering,” wrote the Sun on Jan. 7, 1940. Judge Mildred Puckett added to his suffering, fining him $100 for drunken driving.

Of course, most motorists suspect that they were caught in a speed trap when they are cited for speeding. One actually did exist in Claremont in 1911. The city had enacted its first speed limit (10 mph) and stationed an officer on Foothill Boulevard to nab dozens of speeders, sending violators to pay fines at police court.

“Now the speeding fines tinkle merrily in the city treasury,” crowed the Claremont Courier in April 1911, “and if the speeders continue to come in such droves our city officials anticipate a reduction in city taxes.”

Taxes in Claremont, of course, never did decline, but things soon got out of hand when the Times and other newspapers reported that Foothill in Claremont had become a speed trap.

The articles warned motorists to avoid the city, which soon caused local businesses to suffer. One businessman even put up a sign outside of town warning motorists they will face the wrath of the motor cop and police court in Claremont if they don’t slow down. Under pressure from businessmen, the city reduced patrols on Foothill.

San Bernardino police court Judge C.V. Roberts was told by Willie Harris of Riverside that he ran four stop signs because “I had to get my girl home in a hurry — she was sick,” said the Sun on Oct. 20, 1935.

“That’s too bad. Is she better now?” Roberts asked seemingly concerned. But without waiting for a reply, he quickly said, “Twenty-five dollars or 25 days, Next case.”

It was a similar story that Pomona Judge Mason got from a Los Angeles man. His excuse for speeding was his companion had eaten some bad canned meat and needed to get home quickly. The judge sympathized but still fined him $15, said the Times of June 5, 1919.

Mason also listened to A.B. Paige of Chino who said he had no idea how fast he was going because he didn’t have any way to determine the speed on his motorcycle.  Mason told him he was citing him only $10 for speeding and told Paige to use the rest of what he would have been fined to buy a speedometer.

Joe Blackstock writes on Inland Empire history. He can be reached at joe.blackstock@gmail.com or Twitter @JoeBlackstock.