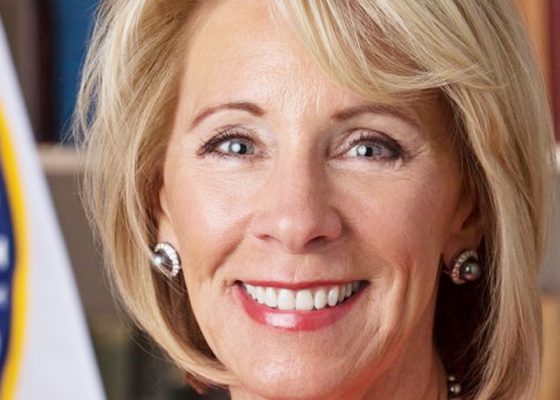 During a wide-ranging hearing held by the U.S. House Education and Labor Committee, U.S. Secretary of Education Betsy DeVos testified on a wide range of Education Department priorities.

Federal Flash covers the controversial exchanges during the hearing, including one question that DeVos struggled to answer.

The House Education and Labor Committee hearing this week examined the policies and priorities of the U.S. Department of Education. It was the first oversight hearing for Secretary DeVos to testify before the Committee since Democrats regained control of the House. While members asked questions on a variety of topics ranging from student loan debt to affirmative action to the rights of transgender students, many focused on implementation of the Every Student Succeeds Act, or ESSA.

In one heated exchange, Representative Jahana Hayes from Connecticut pressed Secretary DeVos about an Education Department memo she obtained citing that the Secretary does have sufficient authority to block states from using ESSA Title IV funds to buy guns for schools. Our viewers may recall that funding for Title IV, or the Student Support and Academic Enrichment program, was hotly debated last year when Secretary DeVos said she did not have the power to block states from using Title IV funds to purchase firearms. The memo Representative Hayes presented, however, stated exactly the opposite.

While the exchange between Representative Gregorio Sablan from the Northern Mariana Islands and Secretary DeVos may not have received as much attention, Representative Sablan raised a very important issue regarding the Department’s approval of state ESSA plans that do not consider the performance of historically underserved students…

Read the full article  in Alliance for Excellent Education.